You are the mother of a seven year old child and you are both at home sleeping and at 4:30 am you are awakened by loud banging on your front door with someone shouting “open the door or we will break it down”. You start to frantically search for your keys and at the same time you hear a banging on the back door. By the time you get the door open both you and your child are terrified. Seven immigration officers rudely enter your home and start to terrorize you and your child. You offer to show them your Bahamian passport and you are rudely brushed aside. Not one of them states the purpose of their intrusion and they leave as abruptly as they entered.

I saw the fear in this young woman’s eyes. I saw a picture of the mallet that was used to break her gate. I could feel her anger because her home was invaded and she does not know why, nor has anyone apologized, nor has the Minister met with her as promised, nor has she been able to contact him or anyone else at the Immigration department.

… from Weblog Bahamas article Is the Bahamas becoming a frightened society? 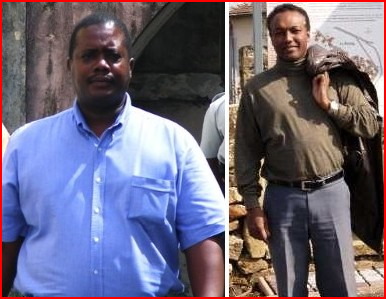 A story of abuse by Bahamian Immigration authorities reminds us that it is time to once again mention an unresolved story of corruption and abuse by the Barbados Director of Public Prosecutions, Charles Leacock. Unlike the lapdog Barbados news media, we at Barbados Free Press don’t let a story fade from the public memory just because it is convenient for the elites – who are so powerful that they don’t bother to answer corruption allegations even when the incriminating documents are posted online for all to see.

Just before Christmas, 2006, Barbados Director of Public Prosecutions Charles Leacock told his police friend, Sergeant Paul Vaughan, to collect some back rent owed to him by a former tenant named Ronja Juman.

Sergeant Vaughan used an illegal, blank, pre-signed search warrant to raid Ronja Juman’s home in the middle of the night with some of his fellow thugs. Juman was dragged off to the police station where she was strip-searched and humiliated by a VAGINAL SEARCH!

Over back-rent. And no… the Barbados police didn’t find any back-rent money in Juman’s vagina.

For Sergeant Paul Vaughan of the Royal Barbados Police Force, the middle-of-the-night raid was all about terrorising the woman and her child to get back rent for his friend DPP Charles Leacock. There is far more to the story and none of it is good. (The links are at the end of this article.)

So when we read the story on Weblog Bahamas about a middle of the night Gestapo-like “visit” by authorities there we decided it is high time again to remind the Bajan public that just because the cowardly “professional” news media won’t cover a story, it doesn’t mean that the incident isn’t newsworthy.

In fact, the refusal of the Barbados news media to cover a story is often proof that a cover-up is in progress.

Read the stories, view copies of the original documents online and make up your own mind about corruption by the DPP, the police, the courts, the government and the news media…

January 30, 2008: The Strange Disappearing Court Cases Of Barbados – And How The News Media Keeps Silent