We Live On A Very Small Island… 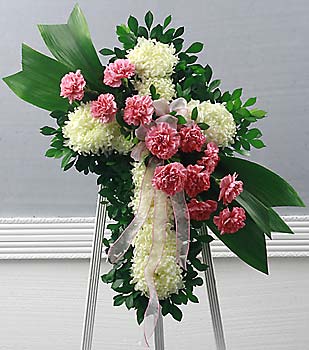 Out of respect, we will see you in a day or so.

Feel free to use the comments to relay information as it develops.

Patience friends, we will not be moderating comments at least until late this evening or early tomorrow morning

Is There Really Any Long Term Future For LIAT?

Just during a period when LIAT should be maximising its revenue, in the height of the summer season, yet again the airline is thrown into chaos, its passengers off- loaded from over booked flights and ‘hundreds of people being stranded for days’.

This time it’s the industry action taken by LIALPA, the Pilots Association who are trying to reach agreement on new conditions of work.

LIAPLA Chairman’ Michael Blackburn, stated ‘We are the ones flying the airplane. I’m the one that’s going to have to do an instrument approach at night in St. Vincent and I’m not doing it repeatedly after 15 hours of duty’.

Adding ‘Recently, there is empirical, unambiguous evidence which proves beyond any doubt that the number of accidents occurring which are the result of pilot error, have been occurring at the end of very long duty periods where there has been inadequate rest’.

No sensible Government or aviation regulatory authority could condone practices that may compromise safety, but it again comes back to asking the same old question.

Just exactly how effective is the current management structure of LIAT?

How could a human resource situation be allowed to deteriorate so badly that it virtually paralyses the airline, and as a result causes it to loose yet further hundreds of thousands of Dollars plus alienate travellers that are trying to prop-up the carrier?

Another aspect of their management also greatly concerns me from a person that has spent virtually his entire working life marketing tourism.

Once we go out of August, the industry generally goes into a shoulder period from the second week of September until just before Christmas.

By now, I would have expected LIAT to have posted at least some special fares for that period, to allow potential passengers to plan ahead and book accommodation throughout the region.

Is this again, the continuation of re-active rather than proactive management?

Wait until there is a problem before responding, rather than ensuring the problem doesn’t arise in the first place.

The ‘four to six weeks’ period that Barbadian Minister of Tourism, Noel Lynch, promised we would see lower intra regional airfares has now expired, with no such reductions in sight.

Unless, at least some token reduced airfares are put into the marketplace very soon, my feeling is that the travelling public has almost turned off to the thought of a reasonably priced short Caribbean holiday.

Especially, if this planned expense could be compromised by industrial chaos.

My friends, I am lost for words. It has been a rough day near Grape Hall and I am going to bed now. My faith sometimes wears very thin.

CBC News has the story and the names of the dead.