Sir Albert Howard And The Lessons Of Barbados Farmers

Every once in a while, we come across some forgotten lesson of history – some hard-won wisdom learned long ago and then forgotten in the tidal wave of technology that defined the 20th Century.

In 1900, scientist Sir Albert Howard learned some lessons from Bajan farmers. The industrialization of agriculture shunted his work aside – but only for a time…

… Howard prophesied that the victories of industrial agriculture, whose beginnings he lived to see, would prove short-lived. In its obsession with compartmentalization, modern science had failed to see that the health of each of the earth’s organisms was deeply interconnected. Against the specialists who thought they had “solved” the fertility problem by isolating a few elements, Howard viewed the “whole problem of health in soil, plant, animal, and man as one great subject.”

Artificial fertilizer could replace key elements, but it could not replenish the vibrant, healthy topsoil, or humus, required to grow health-giving food. Humus isn’t an inert substance composed of separable elements, but rather a complex ecosystem teeming with diverse microorganisms. Only by carefully composting animal and plant waste and returning it to the land, he argued, could topsoil be replaced. For Howard, agriculture wasn’t a process sustained by isolated inputs and outputs; rather, it functions as a cycle governed by the “Law of Return”: what comes from the soil must be returned to the soil. Farmers who violate the “Law of Return,” Howard claimed, are “bandits” stealing soil fertility from future generations… 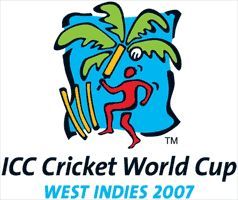 2200 Finals Tickets Back On Market

From tomorrow, about 2 200 tickets for the grand final of the ICC Cricket World Cup (CWC) on April 28 at Kensington Oval will be up for grabs.

They will be on a first-come, first-served basis and sold online and in ticket centres in the nine host nations – even if people had not previously bought any CWC tickets. The seats available will range in cost from US$100 to US$300.

It was previously announced that the final was sold out.

“Once again, some of our sponsors have not exercised their full option on tickets for the final and CWC has received returns for the final in various categories…”

… continue reading this article at The Nation News (link here)

THESE TICKETS will probably be gone shortly, but I wonder about the statement “…some of our sponsors have not exercised their full option on tickets for the final and CWC has received returns for the final in various categories…”

The European travel agencies and groups like the Barmy Army are reporting low sales, and the President of the Barbados Tourism Authority is in the Middle East begging for people to attend Cricket World Cup.

Whatever happens, thousands of cheering fans will fill the venues for the finals – and Owen Arthur and company will point to the cheering multitudes as “proof” that CWC went off well and was a wise decision.

As we do the post-CWC assessment, we citizens must learn to separate the hype from reality. While the lack of cheering crowds would be a huge warning flag, the presence of cheering crowds must not be allowed to become the sole indicator of the success or wisdom of Cricket World Cup.

But for better or worse, in the world’s eyes, we’re all rapidly becoming the same big CARICOM brand and destination. Just one big Caribbean family. Too bad one of our family members is a bad seed.

Our Jamaican blogging friend at Chronicles From A Caribbean Cubicle blames it all on the Spanish hotel management. He says those Spaniards would have been OK in Barbados or Trinidad, but they just didn’t understand the volatile Jamaican workplace.

What A Schizophrenic Relationship We Have With Jamaica

On one level Barbados is trying to make CARICOM work economically, but we want nothing to do with the Jamaican culture of violence. As Deputy Prime Minister Mia Mottley said on Brass Tacks a few weeks ago, Jamaicans are “different”. (I’ll have to dig out exactly what Mama Mia said. It was the first time I’ve agreed with anything she said in the past year.)

Let me see here – I’m a rich international investment group looking to build a hotel in the Caribbean. Where should we build it… Barbados or Jamaica?

Chronicles From A Caribbean Cubicle tells it like it is, but I wonder if he knows how bad it looks to the outside world…

Riot On The Job

At the Spanish-owned Fiesta hotel construction site in Hanover yesterday, an employee was shot, the workers rioted and burned a building and several vehicles, and the management team had to be airlifted out by helicopter.

The reports listed in the press gave conflicting causes: it was either workers arriving late and being locked out, or a lack of ID badges, depending on the newspaper one happened to read.

Needless to say, the company’s culture is probably in a mess and the managers are probably meeting somewhere right now trying to figure out what went wrong.

I imagine that the issues had been building for some time, and only came to a head yesterday morning, resulting in nothing short of a riot, and bloodshed.

Unfortunately, the outcome is not all that strange for our region — all it takes is a management team made up of foreigners that do not understand the environment in which they are operating.

Whereas in Barbados and Trinidad, the result might be a sudden loss of productivity, in Jamaica the result is often physical protest, to the surprise of managers who are not versed in Jamaican work culture, or ignorant of how volatile local workplaces can be… 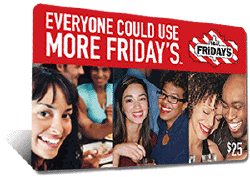 Barbados-based Goddard’s group has been petitioning to open the American Subway chain of fast food restaurants in Barbados – so far unsuccessfully.

Now a foreign company, Prestige Holdings Limited of Trinidad and Tobago, has been given permission to open another American chain restaurant: TGI Fridays.

Questions for our readers…

Does it matter? Should we be wary of the cultural and economic impact of foreign chain restaurants? If they are allowed, should we be demanding reinvestment and training commitments as a condition of licensing? Why TGI Fridays and not Subway? What part has politics played in one company being allowed to open an American chain restaurant and not another company?

What do you think?

Construction has started on the south coast to make way for a July opening of the American restaurant and bar franchise, TGI Fridays.

The franchise holder, Prestige Holdings Limited out of Trinidad and Tobago, says the restaurant being built at the site of the “Pavillion” will accommodate a minimum of 250 customers, when completed.

Speaking to the business report from Port of Spain, Chief Executive Officer, Deane Darbesie said the restaurant is being built at a cost of $1.5 million US dollars.

He also said that the opening of the first TGI Fridays in Barbados will generate employment for 60 Barbadians, some of whom are currently in Trinidad for management training.

Prestige Holdings already has three restaurants in Trinidad and Puerto Rico, one in Jamaica and one in Santo Domingo.

A license is still being sought by the Goddard’s group to bring another North American restaurant chain, Subway into Barbados. … read the original CBC story (link here)