The lead in the Barbados Advocate story China’s Gift to Barbados is “Christmas came early for students of Westbury Primary and Wilkie Cumberbatch Primary yesterday morning, when they received gifts of basketballs, footballs, volleyballs and pencil cases compliments The People’s Republic of China in a ceremony at Westbury school.”

The reference to Christmas is particularly relevant considering that one of the products of China’s vast slave camp system for Christians and other politically unreliable people is… Footballs! 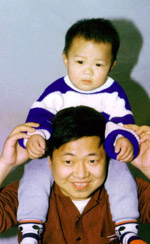 It is outrageous that of this country named Barbados continues to fawn over the Chinese Communists for a few trinkets here and there. Basketballs. Computers. Uniforms for our Coast Guard. Footballs.

Here’s what I would ask of you: Every time you see your children playing with Chinese-supplied sports equipment, I want you to think about how ironic it is that we, as the descendants of slaves, so easily and warmly accept gifts from the country that still maintains the world’s largest slave camp system.

China Aid: Free your Christian brothers and sisters in China

Tiananmen Square Massacre 20 Years Later: Hugs and Kisses From Barbados As We Trade Our Silence For Cash