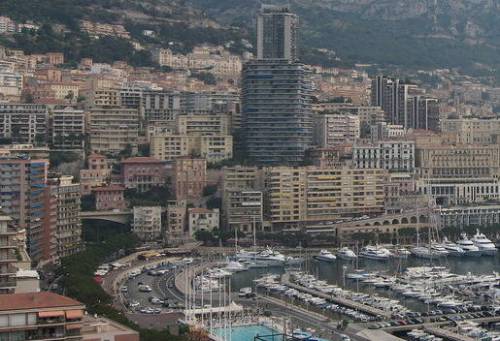 Unless we change the course we’re on, Chinese will build the condos. Bajan maids will clean them. Your sons will wash the yachts.

… and your public beaches and open spaces near the city will be long gone.

My friends: the choices we make now may not impact us personally, but will our children and grandchildren be cursing our names forty years hence?

After 14 or 15 years of the BLP selling off pieces of the island, blowing hundreds of millions of dollars at a time on failed mega-projects like Cricket World Cup and GEMS Hotels – and siphoning off 3% of every tax dollar you ever paid to places like Switzerland and Turks & Caicos – we find our country with less than nothing left in the bank and deteriorated, broken infrastructure systems that are in many cases way beyond repair.

Not to mention that the world’s economy dropped off a cliff just about the time that the then-new Thompson DLP Government was sworn into power.

When the BLP were in power The Nation newspaper was the government rag. Now the Nation goes wanting for government advertising dollars and The Barbados Advocate is the rag of choice for the DLP government.

Have a look at the headlines in the Barbados Advocate. The best news they can announce on most days is that we managed to beg another loan or grant from some UN or Caribbean development fund. Or the Chinese gave us some trinkets. Or we received another ongoing EU sugar payment that we extorted because we are experts at hitting the white-guilt-over-slavery button.

Just telling it like it is. Disagree if you want, it’s a free blog for most words.

Some advice to The Advocate: suck up those government advertising dollars while you can boys and girls, because the steady trade winds of political power that Owen Arthur and Mia Mottley enjoyed for 14 years have given way to a chaotic storm.

Nothing is for sure anymore. Not the tourist dollars, not the cruise ships, not the offshore banking dollars and for certain no matter how things look now the Thompson government’s re-election will be no sure thing next time around.

Especially because the economy isn’t going to get better for a while and the electorate tends to punish sitting governments for the world’s economic performance. It doesn’t have to make sense, but even Hartley Henry will tell you that is for true.

Prime Minister Thompson was in the papers the other day telling us that times are rough and we have to adjust our living standards and expectations and put our spending priorities straight. Pay them water bills! says Thompy.

Ya have to know that ‘tings must be pretty bad for him to say that.

We Must Not Give In

Here is the point of this little rum-fueled rant (Ok… I admit it!  Cliverton)

Anyway, here is the point…

No matter how bad things are now and for the next few years, we must not, we cannot – sell off / close off our beaches and our open spaces for a few dollars – or for any dollars. When we do that we are selling off our future in so many ways: our ability to attract tourists, our children’s quality of life and their future.

What got me thinking about this was an excellent point made by our friends at Mullins Bay Blog. Go over there, read This Is Monaco: Is This What We Want For Barbados? and follow some of the links.

Then ask yourself, it that what you want for your children?

Tagged as Barbados, Save Barbados Beaches