Jim Lynch: Open Letter To The Majority Shareholders Of LIAT 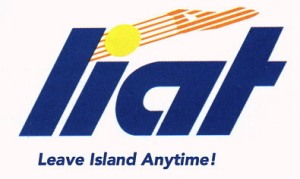 “LIAT’s total passenger load (= income, revenue) in the last year was half what it was the year before – yet the expenses remain the same or even greater, considering the constant arrival/delivery of new airplanes.”

Since before 2012 I have repeatedly heard of calls by the current majority shareholders of LIAT, through Prime Minister Dr. Ralph Gonsalves of St. Vincent, to take up more shares or to simply contribute towards the airline’s losses.

Gentlemen, I can reveal to the Press that you know my own name well by now, it has been before you literally hundreds of times both privately through letters, emails, faxes, text messages, and recently in public in the Press.

For almost a decade I have been trying to communicate with you mostly for just one reason, and that is to take the politics and non-competence in aviation out of eastern Caribbean aviation, whether that is at the Civil Aviation Department (or Civil Aviation Authority) level or at the airline level (meaning LIAT).

Barbados is ICAO Category Two for very simple reasons – incompetence, lack of proper regulations and lack of oversight. With a little more interest, Barbados could be Category One, but for the last decade nobody has been interested.

Last time the FAA visited to conduct an evaluation, when they left they told the Civil Aviation people it was so bad that they ought not to bother to call for the next evaluation for at least another ten years.

But for some five decades LIAT has been abused as much as your own taxpayers for no good reason. Board after Board, management after management continue to be politically appointed buffoons – whether they are your “friends” or not – who know little or nothing about aviation (which is NOT the same as tourism) and continue to lose money and market share to the point where the airline is now on the brink of the precipice.

And you need not respond that this is not the case, because if all were well you would not be out in public demanding that other governments join you in throwing money at the existing form of LIAT to keep it alive.

Since at least 2012 Dr. Kenny Anthony has told you, in public, that his country’s taxpayers would not be supporting LIAT’s excesses, and that if you wanted St. Lucia at the airline’s table you had to make major changes in its oversight (Board) and management.

Nothing has changed, yet now here you are again making the same demands. And in the process you are also trying to rope a brand new Prime Minister into the fold before he can catch his breath after the election. Shame!

Dr. Kenny Anthony asked you from the start to review management – not once, but several times.

Hoteliers through the islands have called for the resignation of Dr. Gonsalves and/or the Chairman of LIAT – also not once, but several times.

The current Board have sailed through screw-up after multi-million dollar loss after “meltdown” after endless delays and cancellations after customer complaints, and yet there seems to be no responsibility, and no accountability. How can a Board and management perform so badly, and yet continue on with “business as usual” – as if disaster after disaster were all perfectly normal?

Let’s talk business: My considered forecast is that LIAT has less than two years to exist before either the CDB – or some other creditor group – chains its doors and sells the airplanes for debt. There is good reason for this forecast… LIAT’s total passenger load (= income, revenue) in the last year was half what it was the year before, yet the expenses remain the same – or even greater, considering the constant arrival/delivery of new airplanes.

As LIAT’s light grows dimmer, users of the airline are gladly moving to other carriers, making other arrangements, finding some other way to travel than the still-late, still-cancelled, still-abusive LIAT. Hoteliers are deliberately telling their overseas guests how to get there without touching LIAT. New airlines are starting up and taking market share away, simply because so few people are willing to put up with the LIAT nonsense any more.

I will repeat my simple request to you so that the entire reading public can see it and make up their own minds as to whether I am a raving lunatic or a frustrated professional.

1. Take the politics – and politicians – OUT of LIAT. No more political commissars on the LIAT management payroll drawing a fat salary to ensure some politician’s orders are being carried out.
2. Take the political appointees out of LIAT, at all levels. All of them.
3. Remove the entire current Board and install new Board Members composed of intelligent and knowledgeable persons, with the primary required practical knowledgeset of how an airline should be run, give them the basic mandate and and let them be the overall deciders of where the airline should be headed.
4. Remove the current Executive of LIAT – no matter the cost, given what they are costing the shareholders now – and require the new Board to find qualified competent people with drive and imagination who can turn the airline around in less than six months.
5. Make it clear to the Board that their mandate is that the airline should at least break even.
6. The Board in turn is to make it clear to the executive management that their job is to turn the airline around, and that the airline should at least break even – or that they will lose their jobs. Executive management has no claim to tenure.
7. If the Board cannot get management to at least break even, then they will also lose their jobs. A Board has no claim to tenure either.

In short, turn LIAT over to real aviation professionals, and demand that they perform or be removed.

Regardless of what PM Gonsalves claims, there can be no doubt whatsoever that LIAT is, in truth and in fact, currently a “black hole” into which he and his partners are throwing away their money. For those too young to know, LIAT did have a subvention scheme before where each government made up their portion of the loss, but that disappeared at one shareholders meeting – in St. Lucia – where they all agreed to disagree on the percentages, they all walked out, and LIAT was thrown to the wolves.

I personally have no objection to LIAT going back to a subvention arrangement, for the same reasons stated – multipler effect, regional inter-island transportation, etc. – but the cost will be so great that most shareholders will repeat the long-ago St. Lucia meeting performance and eventually disconnect from the whole sorry and disgusting performance.

I have a final suggestion – and request. While you take LIAT out from under the political bedsheets, also make its annual accounts public, so that the taxpayers whose hard-earned dollars go towards supporting it at are least able to see how their money was spent. And please, don’t let us be told again, in no uncertain terms, that LIAT’s accounts are “none of our damned business” – the airline is paid for by public money and that public has a right to an accounting.

In my opinion, if LIAT is to survive there is required massive CHANGE at the airline. Change of Board, change of management, change of attitude, and change in the way things are done – from the politicians at the top all the way to the employees at the bottom, and very soon.

Gentlemen, the ball is in your court. Change LIAT, or the airline will die. And don’t say nobody warned you… I am not the first to make such appeals for sanity and logic when it comes to our once-loved inter-island bus service.

5 responses to “Jim Lynch: Open Letter To The Majority Shareholders Of LIAT”