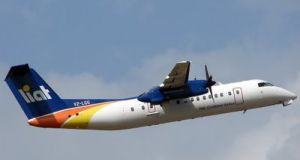 As someone who has championed intra Caribbean travel for over 40 years and invested literally hundreds of thousands of Dollars of our own money promoting, what for Barbados is still just about our third largest source market, it gives me no pleasure in witnessing the dramatic decline in regional arrival numbers.

For the first eight months of this year our Caricom (including Trinidad and Tobago) stay over visitors are down by 6,686 persons.

There is probably very little I can add to the many industry professionals and travellers comments made about LIAT over the years, but initially thought that I had misheard one of our policymakers recently stating that, among the reasons why the numbers were down, was due to the airline operating smaller aircraft.

“A number of aircraft are still listed as ‘stored’. Did the destruction of engineering, maintenance and other critical records in the hangar fire prevent the saleable realisation of these assets?”

It sounded so wrong that I looked up a recognised aircraft fleet website and according to Planespotters LIAT currently operate 4 ATR (Avions de Transport Regional) 42-600’s, 4 ATR 72-600 planes and a yet to be confirmed number of Bombardier/de Havilland Dash 8 – 300 equipment.

I did ask LIAT’s Head of Corporate Communications for clarification, but in the week until this column was published, had not heard back. END_OF_DOCUMENT_TOKEN_TO_BE_REPLACED