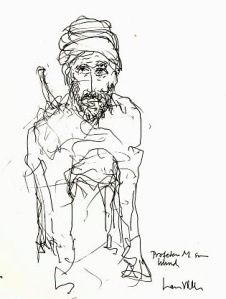 Homicide bomber upset at this cartoon, said he wanted to kill Swedish children.

Defective car bomb goes off in series of smaller explosions.

It’s that time of year again, my friends. It’s Christmas – so it’s time to murder children. That is according to the Muslim suicide bomber in Stockholm, Sweden. This misunderstander of the peaceful nature of Islam sent an email before trying (unsuccessfully, thank Allah) to commit mass murder. “Now your children, daughters and sisters will die…” said the email.

Two innocent Swedes were injured, unknown how badly at the time I’m writing this.

This is only the latest act of violence over the “Muhammad as Roundabout Dog” cartoon by Swedish artist Lars Vilks. Apparently misunderstanders of Islam don’t realise the peaceful nature of the Koran and believe that by murdering children they will get their 72 virgins. (Are there that many left in Sweden?) END_OF_DOCUMENT_TOKEN_TO_BE_REPLACED