This week in Devout Muslim news…

They scream Allah Akbar three times as they poured acid on my face.

Don’t forget: all cultures are deserving of equal respect because no culture is better than any other…

A pregnant woman was stoned to death by her own family in front of a Pakistani high court for marrying the man she loved.

Nearly 20 members of the woman’s family, including her father and brothers, attacked her and her husband with batons and bricks in broad daylight before a crowd of onlookers in front of the high court of Lahore, police investigator Rana Mujahid said.

The police stood by and watched it happen.

Read the rest of this horrifying story at The Telegraph 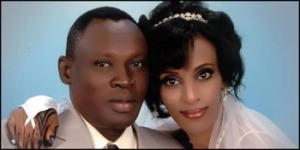 And it’s all according to the Holy Koran

In the early hours of May 27, 2014, Meriam Ibrahim gave birth while chained to a wall in a prison in Sudan. The Sudanese court recently confirmed she will be executed now that her child has been born. How civilized of the Muslim court to wait until the child is born.

The 27 year old’s crime was to marry a Christian. She was always raised a Christian, but her father (who left before she was born) was a Muslim. And that makes her a Muslim in the eyes of the court, and apostate. The Koran says apostates should be killed so that’s the end of that.

With Meriam in prison is her 20 month old son.

There is no difference at all between the Islam of Sudan, and Islam elsewhere. The only difference is the percentage of the population that is Muslim. When that percentage reaches a certain level, Sharia Law kicks into play, and Sharia Law is the law.

Let those millions of Muslims come forward who do not believe that Meriam Ibrahim and other ‘apostates’ should be executed for choosing another religion.

Meriam Ibrahim: Apostasy Sudanese woman sentenced to hang ‘may not be freed’, her lawyers warn

The treatment of Ibrahim by the Sudanese authorities was internationally condemned in early May, when the then heavily pregnant woman was sentenced to death for refusing to renounce Christianity, and reportedly imprisoned with her 20-month-old son.

Pressure on Sudan to release Ibrahim increased last week, when the 27-year-old was forced to give birth to her daughter while restrained by shackles.  END_OF_DOCUMENT_TOKEN_TO_BE_REPLACED

Moderate Muslims arrested Colombian soccer player Juan Pablo Pino in a Saudi Arabian shopping mall for the disgusting offense of having a tattoo of Jesus on his arm.

Pino, who plays for the Saudi league has expressed “deep sorrow” for breaking the law.

Damn right he expressed “deep sorrow” because the Moderate Muslims in Saudi Arabia still cut off people’s heads for insults to Islam and to their Muslim Pedophile Prophet Muhammad.

In other Moderate Muslim news, this time from the USA

A Moderate Muslim attacked an American who had dressed as “Zombie Muhammad” in a local Halloween parade. Another American dressed as the “Zombie Pope” was not attacked by either Catholics or Muslims.

Moderate Catholic Americans were undoubtedly offended by the “Zombie Pope” but did not do violence because, well, they aren’t Moderate Muslims adhering to the Moderate Koran that directs murder of unbelievers.

Enjoy the video folks, because it is all about Free Speech in America and the West and which laws will apply.

And that’s it for this week’s Moderate Muslim News!