Will Sinckler and Stuart surrender Barbados to the IMF – International Monetary Fund? 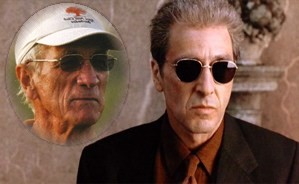 That’s Sir Charles on the left! 🙂

Sir Charles Williams (otherwise known as “The Godfather”) says that all government employees should volunteer to take a pay cut to keep 3,000 of their brothers and sisters employed. The 3,000 are due to be laid off after Christmas because our government has run out of money to pay them.

Then again, times were never as tough as they are now.

The International Monetary Fund has recommended that Barbados destroy the lives of 3,000 government employees – to rip apart their families, take food from the mouths of their children, and eviscerate their finances so that our political class can continue to deposit money offshore.

We, the citizens of Barbados, have to decide if we will take this.

The Lord knows that we have done wrong in the the past 15 years when we celebrated politicians bribing us with our own money – when we turned a blind eye to the corruption and gang-ups that characterized Bajan politics.

What will we do now?

The Nation: Take a pay cut!