Tag Archives: Barbados Environment Minister In Greenland… What The $#@!?

Environmental Evil defeated thanks to Richard Goddard, Denis Kellman – Greenland is a park, not a dump!

“Negro” and “Caucasian” team up to defeat the forces of Environmental Evil: Owen Arthur and Liz Thompson

“I can assure Barbadians that this enlightened government will have better alternatives for it. We will not practise environmental madness.”

Barbados Minister of the Environment Denis Kellman announced today that not one piece of garbage will be heading for Greenland, St. Andrew. Yes, we’ve kissed goodbye to over a hundred million dollars wasted by the Barbados Labour Party, Owen Arthur and then Environment Minister Liz Thompson who tried against all advice to build a landfill on shifting soil – but better to stop the madness now then to continue to waste money and destroy the environment.

Mr. Arthur, Ms. Thompson and Bizzy Williams, can you please tell our readers of your reaction to the DLP government killing the Greenland Dump? END_OF_DOCUMENT_TOKEN_TO_BE_REPLACED

How Much To Send Barbados Environment Minister & Team To Greenland? What Will Be Accomplished… REALLY Accomplished? 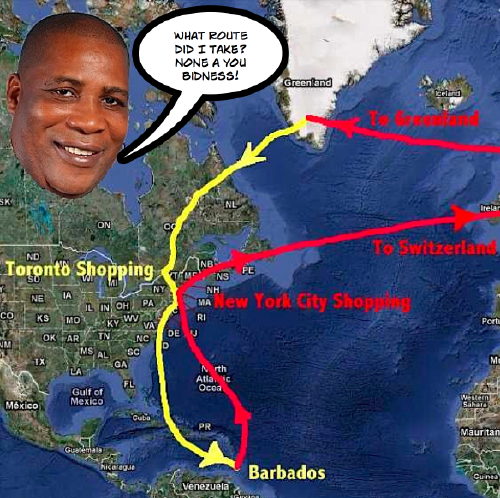 Hey… we’re all for meeting with the world. That’s why Barbados is a member of the United Nations.

You know… so we can vote FOR the hanging of 16 year old girls in Iran who have sex outside of marriage. (Yup… Barbados voted to support Iran in the execution of juveniles.)

So… we came across an article that says Barbados Environment Minister is in Greenland for an “informal” meeting with a few other environment ministers. 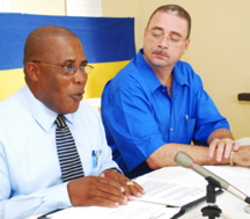 1/ How much did it cost to send you and your assistants to Greenland?

2/ What was accomplished? What ACTIONS will Barbados take as a DIRECT RESULT of the meeting?

We forgot… without a Freedom of Information Act, Bajans have no right to ask you for any justification at all – not how much you spent or what was accomplished.

Please, forgive us, oh Holy One.

More on the web…