Currency trader illegally made US$300 million for UBS Swiss Bank – He goes to jail, the big-shots keep their jobs and bonuses!! 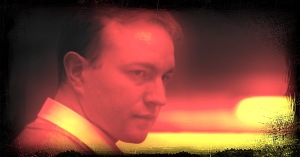 “But so far, no senior executives have been prosecuted in a scandal that helped shred public faith in an industry and has cost some of the world’s biggest banks and brokerages $9 billion in fines and seen 21 people charged…”

Oh my children; gather round and Daddy will tell you a story of how the world really works…

In 2006 Tom Hayes was an intelligent nice young man of 25 years old who loved the numbers of finance; so much so that UBS Swiss Bank hired him to be a yen derivatives trader for their Tokyo office.

And Tom did an excellent job for UBS – earning the Swiss bank over US$300 million dollars in three years and 45,000 trades. YIKES!

Excellent job except for one thing… Tom was conspiring with other people to rig the markets, and he sent out thousands of emails to do it.

Did his bosses know? Ha! Does cheese go well on toast?

Now Tom and a few other low level people will probably be going to jail.

But the bosses? Everything be so fine, just fine. UBS and Citigroup paid fines, but none of those bosses will go to jail or lose their jobs.

Children… this is the way the world is.

Say… do we have branches of UBS or Citigroup in Barbados? Really? Well…

He was so obsessed with the numbers that he did not see his downfall coming.

The first trader convicted by a jury in the global Libor rate-rigging scandal was a maths whiz nicknamed “Rain Man”, who slept as an adult under a superhero duvet cover he had owned since he was eight.

Tom Hayes, found guilty of eight counts of conspiracy to defraud, told the court he never thought he had been dishonest.

During a nine-week trial at London’s Southwark Crown Court, the 35-year-old former yen derivatives trader for the Tokyo offices of UBS and Citigroup said he had always been driven to do a good job. He wanted to gain “an extra edge”, he said, and his bosses had condoned methods that were common practise at the time.

That included influencing other traders and brokers to nudge Libor, the London Interbank Offered Rate, used as a benchmark for $450 trillion (£288.2 trillion) in financial contracts worldwide.

Mukul Chawla, the gravelly-voiced veteran counsel for the prosecution, called Hayes the ringleader in a conspiracy of around 25 people to rig Libor.

Hayes said he had been singled out to take the fall.

“UBS had thrown me under the bus. I was up against two $50 billion organisations (UBS and Citi), the DOJ, the FSA (Britain’s then financial regulator), you name the acronym.

“I was the guy everyone was going to blame.”

Some of those named in Hayes’s case have been charged and others remain under investigation, Chawla said…

12 responses to “Currency trader illegally made US$300 million for UBS Swiss Bank – He goes to jail, the big-shots keep their jobs and bonuses!!”