Pat Hoyos: Barbados not so far from a Greek-style meltdown 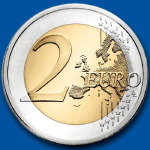 WHENEVER I ENVISAGE GREECE, lurching around in circles with a debt of 175 per cent of GDP on its shoulders, I see, not too far off on the horizon, little Barbados, walking with increasing shortness of breath with its own load of debt, now at 133 per cent of GDP.

In the Budget debate, Opposition Leader Mia Mottley called for a re-financing of the country’s debt in order to give us some fiscal breathing space.

Re-financing, if we could achieve it to a significant degree – remember, we have a debt of over $11 billion at present and rising by around a $1 billion every year – would certainly help us, as it would lower the amount we have to pay back every year, but for a far longer period.

Of course, it is just kicking the can debt down the road a few more years, so that not only our children and grandchildren will have to deal with it, but their offspring too, most likely. But, I wonder, could we get some sort of massive roll – over of our national debt that would bring it down to manageable proportions? Would we not have to go to the International Monetary Fund (IMF), the World Bank and the Inter-American Development Bank for such a massive financial undertaking at rates we could afford.

Now, if that is the case, Greece is instructive…

… continue reading this article at the Nation News: A looming fiscal tragedy of Grecian proportions

10 responses to “Pat Hoyos: Barbados not so far from a Greek-style meltdown”