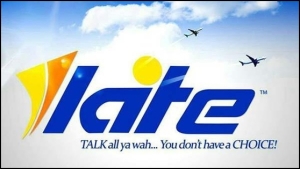 As I see it, there are only 2 choices facing LIAT and its government shareholders. Either it has to be deemed an “essential service” and continue to be subsidized despite the operational inefficiencies inherent in its structure; or, it has to be fully privatized, de-politicized, and forced to be self-sustaining.

Both options are problematic. In these tough economic times, when governments are cash-strapped and are trying to figure out how to stretch their dwindling resources, many constituencies will argue that subsidizing a national airline should be very low on the priority list. Conversely, there are those who will argue, not without just cause, that LIAT is crucial to inter-island communications and commerce.

Has any study ever been done as to exactly how much LIAT contributes to the GDP of CARICOM? That is crucial to the discussion here. What would the economic impact be, in $$ terms, if LIAT were to disappear? Once that figure is empirically established, that could be used as the baseline for government subsidies, a quid-pro-quo, so to speak.

Perhaps the solution is a form of public-private sector partnership, with CARICOM governments providing a baseline subsidy, and the private-sector, with aviation professionals providing the operational expertise in running the airline, as Mr. Lynch correctly suggests, being the other half of the operational and financial equation.

One thing is for sure with regard to LIAT: the status-quo is both financially and operationally unfeasible.