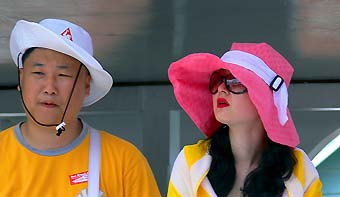 Bridgetown is a long way from Beijing!

Much discussion has taken place over the last year or so about the importance of attracting Chinese visitors to Barbados, and few could disagree that it is a potential massive market that cannot be ignored.

Let us, though, take a minute to look at the practical reality.

Using Great Circle (shortest route by air) distances, Beijing is a mind-boggling 8,775 miles from Barbados. Shanghai is some 9,381. Even if current aircraft could fly those distances non-stop, it entails a minimum flying time of 17 to 19 hours and then there are all sorts of crewing and equipment challenges.

Air China is presently the only airline to operate non-stop services from Beijing to New York (JFK) with11 flights weekly by B777-200 aircraft and a flight time of around 13 hours. China Eastern Airlines operate Shanghai to JFK at least daily.

In an extensive interview recently, when questioned about direct flights into the Caribbean, Dr. Zhihang Chi, Vice President and General Manager of North America for Air China stated that was not an option. However, he said ‘that China’s flag carrier would instead be targeting more flights to North American hubs and striking up partnerships with local carriers to funnel traffic into the Caribbean’.

Adding ‘that the airline has ordered an incredible US$10.7 billion worth of new aircraft that will help it to achieve this end’!

Since Dr. Chi took up his current post seven years ago, Air China’s traffic to North America has doubled. This to me seems our lowest risk option in partnership with JetBlue.

Another alternative could be the non-stop flights from both Beijing and Shanghai flown by Air Canada into Toronto, with possible connecting flights to Barbados.

But to further increase the odds of attracting more Chinese nationals, we have, in my humble opinion, to give them additional reasons to choose us in preference to other regional competitors. The key may be a cruise and stay campaign specifically targeted towards this market, especially with the smaller higher-end ships.

Secondly, we have to use this time to look at the obvious language and dietary challenges. With our close working relationship with the Peoples Republic and various mutual commitments to ‘build stronger linkages’, I am sure they could help establish a dedicated Mandarin learning centre for our hospitality industry.

Some major hotel brands like Hilton have already started back in August 2011, initially across 12 countries, training staff with their Huanying (literally translated welcome) programme, tailoring tastes and expectations towards Chinese guests while giving the lodging giant a distinct competitive advantage.

From these figures there is clear evidence that many Chinese tourists are willing to travel over vast distances, we just have to discover what, about the Caribbean, would especially entice them to our shores.

Maybe this is a task that could be better undertaken collectively by the Caribbean Tourism Organisation, rather than by individual destinations with limited resources.

14 responses to “Is Barbados special enough to attract Chinese tourists?”