Barbados Detective Constable on Owen Arthur: “Give the man 2 bottles of Mount Gay and tell him go home and don’t come back.”

We have many sayings in Barbados and two of my favourites are mostly true: “Everything is political” and “Nothing is secret for long”.

Everything can’t help being political in a smaller society where everyone knows everyone else and knows everyone else’s business. You can sneak around on Bim with somebody’s husband or wife but sooner or later it will out. Sneaking around always does out in Bim.

No secrets when it come to politics either! Bees against Dems on election day and after election day too. In the public service when a supervisor position opens up, LOOK OUT! Watch the Bees and the Dems line up to support their brothers and sisters.

Our last Chief Justice – just the highest judge in the country that’s all – was a former BLP politician, attorney general and acting Prime Minister. Did something ever get judged one way and not some other way because the judge was a BLP and the accused was a BLP member too? That was always in the back of people’s minds and it shouldn’t have been. Whether David Simmons was a good Chief Justice or not doesn’t matter if it looked bad that he was a politician in charge of the courts.

When there is a possible conflict of interest based on family or friendships or business relationships it damages the people’s faith in the institutions. A big criticism of Chief Justice Simmons accepting the position was that it looked bad, and caused people to be suspicious that the highest judge might have conflicts of interest based on his politics.

So it can be with other government professions too, and that includes police officers.

“This tell me something about Owen Arthur, he pushed out Mia because he wanted to be prime minister if they won the elections, now they lost he put he back in, give the man 2 bottles of Mount Gay and tell him go home and don’t come back. My respect to Mia for taking things so cool.”

David Ames and Harlequin released a statement in answer to the latest Mail on Sunday article about the holiday property scheme that has failed to deliver properties in the promised time to thousands of ‘investors’. (See BFP’s Serious Fraud Office asked to investigate Harlequin)

Fair is fair and we’ll let Mr. Ames speak for himself. Please take the time to get Harlequin’s side of the story…

In another recent press interview, Dave Ames also denied giving a suitcase full of money to the Prime Minister of St. Vincent in exchange for citizenship…

“The BBC has accused the Prime Minister of St Vincent Dr Ralph Gonsalves of accepting from me a suitcase of money in order to receive my citizenship. This is an outrageous lie.”

“Sam Commissiong, my solicitor in St Vincent, has attended each and every meeting I have had with the Prime Minister and will confirm the allegation is completely false.” 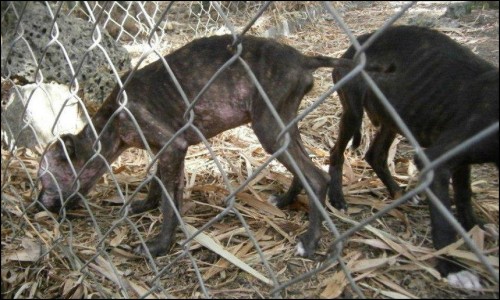 Once again the relevant authorities are not responding as it appears that the owner of these pups might have a government minister in the family hence “untouchable”. The Nation and the Barbados Advocate refused to follow up on this story. They know about it.

For over a year people have been calling on the RSPCA, Animal Control and the police to put an end to this neglect and abuse. We know that they responded but for some reason it continues. These people breed the dogs before they are mature. They don’t feed them and they curse the outsiders that try to feed them. They physically abuse them. Puppies that came before these would disappear and then weeks later more puppies appear. It is alleged that they are being bred for fighting. What else can be done to save these dogs????

More about this at Facebook: Barbados Votes for Animal Rights

Some local Buccament Bay staff haven’t been paid for December or January!

I think tomorrow will be a tipping point for Buccament Bay and Dave Ames. You might call it ‘Desperation for Dave Day’.

Harlequin has staff to pay and all the loan interest for the ‘investors’ that should have been paid earlier this month. If they don’t make those payments, I suspect there will be a lot more people will talking to the Mail on Sunday.

“There are staff at Buccament Bay Resort who are yet to be paid for December and January.”

Will these local people be paid? All the expat staff have been paid! Why not the locals?

I’m not even talking about how expat staff members are paid many times what locals are paid for doing the same jobs. Will Dave Ames and Harlequin ever show these wonderful local staff the same loyalty they demonstrate to him on a daily basis? Simply paying the local staff would be a start! 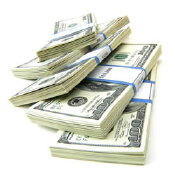 “How did the two political parties, both claiming to be rather financially impoverished, raise a conservative estimate of over twenty million dollars to pour into a three week campaign?”

“Deals are commonplace and state agencies are used to distribute largesse.”

Submitted by the Mahogany Coconut Think Tank and Watchdog Group.

The Mahogany Coconut Group submits that the real vote buying is in the upper echelons of our society. What we witnessed on Election Day was some voters getting cash, cell phones, iPods and a bill paid here and there. The real votes were bought by those shadows – black and white – who Dr. Don Blackman referred to a few decades ago! Of course Dr. Blackman talked only about white shadows but the corporate landscape has dramatically changed over the years – we now have shadows of all colors and ethnicities.

While we shout from the roof tops about what took place on elections day, we bury our heads in the proverbial sand by refusing to ask one simple question: How did the two political parties, both claiming to be rather financially impoverished, raise a conservative estimate of over twenty million dollars to pour into a three week campaign?

We ask Dale Marshall (BLP) to tell us about the successful “cake sales and car washes” that raised their money.

We ask Ronald Jones (DLP) to tell us more about the “$500 here and there” that was given to his party by well wishers.

Let’s face it; elections are now big business and the corporate shadows are well entrenched in both the Barbados Labour Party and the Democratic Labour Party. Anybody who believes that car washes, cake sales and a five hundred dollar donation here and there, can raise this large amount of money, needs to seriously wake up from their slumber! END_OF_DOCUMENT_TOKEN_TO_BE_REPLACED