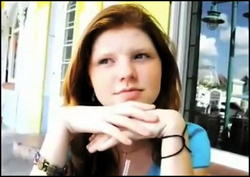 Censorship and a Travesty of Justice

As of today, I have waited over one month for the chief registrar in the court’s registrar’s office to provide me with the written statements of DPP Leacock in the sentencing recommendations for McCollin (2010) and Persaud (2012). In common parlance, this is known as stone-walling. Silence does not mean I’m finished with this issue.

Also, I was told at the court house that Persaud is appealing his sentencing.

So Barbados is a country with complete judicial secrecy. In the courtroom I was not allowed to have paper, pen, or recording devices. Now I have been refused ALL documents relating to both of the convicted men.

“The case is over, the verdicts and sentencing have been rendered, yet the documents are being kept secret. Does Barbados seal documents after a murder or manslaughter trial? Is the international community taking note?”

January 9, 2013 The Anna Druzhinina Murder: Hanged by the neck until dead, body set on fire. “It’s not murder” says the DPP