An elderly Canadian tourist injured in a daylight St. Lucian beach robbery has died. Colin Peter, 75, of Prince Edward Island, Canada, was attacked on November 16, 2012 while walking with his wife at Vigie Beach. Mr. Peter was beaten about the head with a piece of wood and robbed of his wallet, camera and other valuables. He died on November 19, 2012 in St. Lucia’s Victoria hospital as preparations were being made to fly him back to Canada. (The Guardian: P.E.I. man dies of injuries sustained in attack in St. Lucia)

“There aren’t words to express the outrage felt by the government over this incident,”

The circumstances of the robbery in St. Lucia are very similar to the 2009 fatal attack at Long Beach, Barbados when Canadians Terry Schwarzfeld and daughter Lauana Cotsman were beaten with a piece of wood and robbed by serial rapist / robber Curtis Joel Foster. Mrs. Schwarzfeld died in a Canadian hospital after an emergency medical flight home. Killer Foster is currently serving 15 years after pleading guilty to manslaughter.

We at BFP cannot help but comment upon the different government, police, and news media responses to a tourist murder in the two island nations. It may be that St. Lucian authorities have learned from the shameful public relations disaster of the Barbados government in 2009, but so far St. Lucia is providing a model response that will go a long way to reassure prospective visitors.

In contrast to the Barbados news media’s silence and cover-up over the Schwarzfeld attack, the St. Lucian print and electronic news media gave full and immediate coverage to the initial robbery upon Mr. Peter and his later death. Government authorities including the Prime Minister, Tourism Minister, Police Commissioner and the VP of St. Lucia Hotel and Tourism Association expressed horror, concern and a desire for St. Lucia to assist the Peter family.

The St. Lucian authorities declared an all out effort to find and arrest the culprits, and to see if any preventative measures would have helped. Police Commissioner Vernon Francois also engaged in some self-criticism of the police when he talked with the news media about the low levels of police patrols on the beaches and the discontinuance of the Beach Ranger patrols some years ago for budgetary reasons.

St. Lucia responded to a tourist murder in a way that the world is bound to perceive as honest, sincere and human – and without a trace of a cover-up.

The story of the tourist robbery and then Mr. Peter’s death continues to receive major coverage in St. Lucia – and that means that St. Lucia cares. During the time following the 2009 Barbados robbery, the Canadian news media were outraged that Barbados news outlets covered up the attack.

The Ottawa Citizen had as a headline: “Bajan Media Ignores Attack On Women. Feisty Barbados Free Press Only Outlet To Speak Out For Schwarzfeld”. What a public relations disaster thanks to the Barbados government and our island news media!

“Too little, too late” seemed to be the Barbados government’s motto during the Terry Schwarzfeld situation – and then when Canadians expressed the opinion that Schwarzfeld’s killer was given a slap on the wrist with only a ten year sentence, former Barbados Attorney General Dale Marshall sounded like a heartless idiot when he effectively told off Canadians saying it was none of their business how we punished Schwarzfeld’s killer!

“What we have to do, from the very beginning, is respect other people’s judicial system,”

“The country has had incidents like this before, and our tourism product has withstood them. Besides, when a judge makes a decision, Barbados’ tourism product is completely extraneous to that decision…”

Former Barbados Attorney General (and moron) Dale Marshall gave a lesson to Canadians as he talked about foreign criticism surrounding the sentencing of a Terry Schwarzfeld’s killer.

How’s that for stupid? 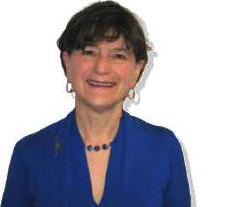 Other posts call for blacks to remain racially pure and to not have children with other races or lighter skinned persons of African heritage. Some posts encourage violence against whites, Chinese, Guyanese of Indian descent, and other non-Blacks – including mixed-race Bajans whose skin is not sufficiently dark enough for Barbados Underground’s commenters.

Such talk never seemed to bother either the DLP Government or Prime Minister Thompson’s most senior advisor, Harley Henry, who nonetheless continued to publish articles at Barbados Underground.

The vast majority of Bajans and St. Lucians are saddened and outraged by the deaths of Colin Peter and Terry Schwarzfeld. The differing responses by the governments and news media of the two island nations is telling. We Bajans hope such a thing never again happens, but if a serious crime happens against a tourist again, we hope that the Barbados government pays attention to the leadership shown by the St. Lucian government and authorities.