We are entering the endgame of the Colman Commission, so we need to maintain full vigilance.  We must bear witness in a sober manner.

“It is noticeable that there has been a remarkable lack of cooperation from others, who were responsible for political decision-taking — to mention a few names: Mr. Enill, Mr. Browne and Mr. Montano in particular — have not offered to come and give evidence,” Sir Anthony said at Winsure Building, Richmond Street, Port-of-Spain.

“It is surprising perhaps that those who were the political representatives of the people of Trinidad and Tobago have not been able to provide assistance to the Commission in circumstances where it might have been expected of them,” he added.

Colman then named three former Cabinet ministers who had been previously named in testimony at the enquiry in relation to the HCU.

“To mention but a few names Mr (Conrad) Enill, Mr (Mariano) Browne and Mr (Danny) Montano in particular have not co-operated to come and give evidence,” Colman said.

That refusal to appear before a Commission of Enquiry amounts to a kind of contempt of court, since it is wilful disrespect for a lawful enquiry.  These are PNM Seniors, whose testimonies would have been invaluable in unraveling this series of financial collapses.

Here is why those missing testimonies are so important –

Mariano Browne is a Chartered Accountant who left a successful career as a Banker – including a significant part of that career spent at CLF, Browne was the first head of Clico Investment Bank and CLF’s Barbados Banking arm – to become Minister of Trade and Minister in the Ministry of Finance after the 2007 general elections.  In addition, he is PNM Treasurer, so he could have given a rare insight into the linkages between these collapses and the large-scale donations made by both the CL Financial Group and the Hindu Credit Union (HCU).

Conrad Enill comes from a Credit Union background, was also Minister in the Ministry of Finance up to the 2007 general elections and served as PNM Chairman up to their 2010 election loss.  Enill called for an investigation into the finances of HCU as far back as mid-2002, but swiftly withdrew from that course of action after reportedly being pressured by then PM Manning.

Danny Montano is also a Chartered Accountant, who was Minister of Labour at the time of the HCU collapse (that Ministry has supervisory responsibility for Credit Unions).

“…THE Hindu Credit Union (HCU) financed Karen Nunez-Tesheira’s successful campaign to become the Member of Parliament for D’Abadie/O’Meara in the 2007 general election.

However, Nunez-Tesheira was not the only People’s National Movement (PNM) candidate who secured campaign financing from the HCU during that election.

This was revealed yesterday as the commission of enquiry into the collapse of CL Financial and the HCU resumed at the Winsure Building on Richmond Street in Port of Spain.…”

It is clear that the testimony of these three former PNM Cabinet Ministers would have been crucial to the Colman Commission unravelling this financial fiasco.  I am convinced that the matter of what Cabinet knew at the time it took the bailout decision is crucial.  For one thing, was Cabinet told that the beleaguered CL Financial group had paid a dividend on 16 January 2009, three days after they had written to the Central Bank for the bailout?  If the Cabinet knew of the illegal dividend payout, why were no provisions made in the MoU of 30 January 2009 for the recovery of those monies?  If the Cabinet were not told, then we are contemplating what might be a prior case of a senior Minister misleading colleagues to get the required result.  A kind of pre-S.34 situation.

Both Browne & Montano are Chartered Accountants, so this reported refusal to give evidence seems to be a case of ‘conduct unbecoming a professional’.

The PNM is now making serious efforts to market itself as a party which stands for good values in terms of Accountability, Transparency and Good Governance.  Given the PNM’s track record that is a great challenge.  These reported refusals are doing great damage to those efforts.

Ironically enough, at this moment Dr. Bhoe Tewarie and Karen Nunez-Teshiera, are both looking better than these three former Ministers, given that they have appeared before the Commission.  Just imagine that.

Sir Anthony Colman was reported to have issued subpoenas for certain missing witnesses in the HCU matter and held them in contempt of court when they failed to appear.  I am waiting to hear whether the same treatment will apply to these PNM Seniors.

“…THREE witnesses have been held in contempt of court for not responding to subpoenas issued by the Commission of Enquiry into the collapse of CL Financial and the Hindu Credit Union.

A commission of enquiry has the same status as that of a High Court.

Code of Silence once again kicks in…

It seems like this is yet another episode of inconsistent behaviour which serves to reinforce my belief in this potent ‘Code of Silence’.  Let me explain with these facts set out above.  One group of witnesses have offered weak excuses of the familiar kind – questionable medical certificates and so on – they were served with orders compelling their attendance (those are called subpoenas) and when they failed to respond, Colman made a ruling that they were in contempt of court.  That group was HCU witnesses.

Another group of witnesses took a different approach….they actually have decided not to testify and communicated that to the Colman Commission as described above.  Why has Colman not issued subpoenas or made any adverse rulings against these reluctant witnesses?

They are former member of the PNM cabinet, so I have to ask myself if there is a tacit agreement as to areas which will not be ventilated in this Enquiry.

Those areas which are seemingly off-limits now seem to include serious questions as to whether the Cabinet was misled.  This is a sobering example of the channels of power.  We have to bear witness.

The intervention of the DPP, Roger Gaspard, SC in this situation is now cause for concern since he is reported to have written to the Colman Commission to say –

“…I am particularly concerned that an otherwise credible prosecution might be stopped by the court on the grounds that a defendant’s right to a fair trial had been fatally compromised by the publicity attendant upon your enquiry. As such, I shall be issuing a press release warning the media against the publication of any material which may jeopardise the police investigation and any potential criminal proceedings…“

We also read that “…Gaspard also issued a stern warning to media houses last night to cease publication of “anything which might jeopardise, hinder or otherwise prejudice the investigation or any possible proceedings which might result from it…“. 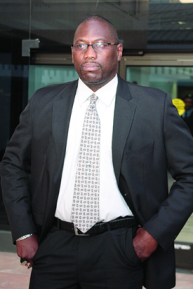 The Colman Commission has maintained the modern standard of Public Enquiries in that the public can choose from attendance in person, live TV, streaming webcasts, online transcripts and online witness statements.  It seemed to me that the position being taken by the DPP could jeopardise the public interest in having this information broadcast in the widest possible terms.

On 10 November, my mind churned as I read this – “…Meantime, the Commission of Enquiry is set to restart on December 3 with former Central Bank Governor Ewart Williams and Inspector of Financial Institutions Carl Hiralal expected to take the witness stand…”

At this stage we are expecting to hear the testimony of the Chiefs in this series of disasters – Lawrence Duprey, Ewart Williams, Carl Hiralal, Robert Mayers, Ram Ramesh, Faris Al-Rawi, Amjad Ali, Anthony Rahael, Andre Monteil.  I am very concerned that we are now seeing what appears to be a detrimental development in terms of complete transparency.

I was encouraged to read the DPP’s statement that:

“I remain mindful of competing public interest factors including the fair trial rights of potential defendants, the freedom of the press and the requirement of open justice.”

This is definitely an aspect which needs our most intense scrutiny. 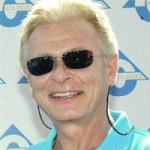 Finally, we come to the matter of former CLICO CEO, Gene Dziadyk, with whom I have been in correspondence, writing and offering to tell the inside scoop on what went wrong inside CLICO.

I have read his material and he takes a completely opposite view to me as to what has happened here.

My own view is that the CL Financial group was able to use its track-record of huge political donations and other links to obtain full State support on favourable terms when the inevitable crisis emerged.

I cannot see any way that we could both be right.  The critical point is that only the publication of the audited, consolidated accounts and other details I have been pursuing will allow us to see the truth of this matter.

But the fact that Dziadyk is a trained actuary, who was at the centre of the scene for so long, makes his testimony invaluable for the insights it will allow the Colman Commission.  I was therefore very surprised to read that Dziadyk is not going to be called as a witness.

Readers who are interested in having the testimony of Gene Dziadyk form part of the Colman Commission to state their support for that to happen – the Secretary to the Enquiry is Judith Gonzales and her email address is comsecclfhcu@gmail.com.

These kinds of issues are exactly the ones on which the public input of Seenath Jairam, SC is sorely missed.  Having decided to take the Ministry of Finance brief and later deciding to return it, any of Jairam’s subsequent public utterances will be coloured by those decisions.

That is the point I was making in the previous column on the sacrifices which leadership demands.