Barbados Police so anxious for an arrest that anyone will do?

Barbados Police primed a victim prior to an identification procedure: “When asked to attend an identity parade last May, the victim was warned by police before even entering the room that the arrested rapist had changed his appearance.”

“The truth is that if a woman  is raped in Barbados, she is unlikely to get the support she needs. There are almost no procedures in place and the police are way behind in how they tackle crime.”

“They have made no effort to find him. That is the crux of the matter. How many more cases have there been that we won’t have heard about?”

Derick Crawford has been in jail for two years for the rapes of Diane Davies and Rachel Turner. The two victims say that he didn’t do it and that the Barbados Police have charged an innocent man. The victims also say that the Royal Barbados Police Force is incompetent and have arrested a convenient suspect to clear the crime and protect the tourism reputation of the country.

That’s strong talk from two rape victims – not just one – but what does the evidence say? What do the DNA tests reveal?

Ahhhhhh…. that’s rather embarrassing. You see, Barbados Police don’t collect and test DNA samples when investigating rapes. In this day and age that failure is probably gross negligence, but hey… we’re not really a first world country so don’t hold that against us. Our police have a veneer of professional competence but when you get right down to it, the Royal Barbados Police Force is the last place that citizens go when they want something done in a competent and professional manner. END_OF_DOCUMENT_TOKEN_TO_BE_REPLACED 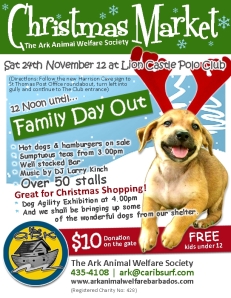 A good Family Day Out!