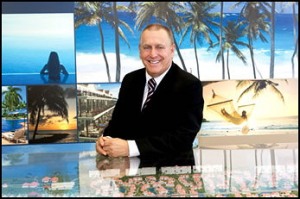 “Harlequin is almost entirely dependent on investors’ deposits for income.

It has repeatedly tried and failed to obtain external financing. It cannot afford to meet its existing contractual obligations.”

Harlequin spent 47% of investor’s deposits on commissions and marketing!

How much did our Caribbean Politicians receive?

How much investors’ money did Harlequin give Barbados DLP & BLP?

How much of Harlequin’s ‘marketing and advertising’ expenditures were directed to Caribbean politicians and government officials? That question will never be answered in Barbados because we have no election funding disclosure laws and no Freedom of Information legislation. And that’s the way the politicians like it!

Barbados politicians and government staff have been heavily involved with Harlequin’s projects in Barbados. Lately we haven’t seen many politicians taking photo-opportunities with Harlequin projects, but Bajans recall about four years ago it was nothing but smiling politicians on the CBC touring construction sites, or talking with Ames. Not any more though because that Harlequin house of cards is looking a little shaky and the political class is running for cover.

Bajans and burned investors won’t forget though how our politicians, financial advisers and news media let us down. If it looks too good to be true… well, you know the rest of the story, and sadly, so do many Brits and others who trusted their pensions to what looks more and more like one of the classiest Ponzi schemes that has been seen since, well, since the last one.

Folks, we don’t like to publish the full text from other publications, but in this case we again have to because of the public interest. Just like last time, there’s nothing on the Echo-news.co.uk website about this latest development, so we have to publish the entire article so we can back up what we’re saying.

Here is the latest Echo News story in PDF and text…

AN accountant claims he set up an anonymous website about a luxury resort developer he used to work for to warn investors it was a major fraud.

The website, online from October 2011 to June 2012, was registered in Singapore.

It ran to more than 1,300 pages and likened Harlequin to the Ponzi scheme frauds of Bernard Madoff and Allen Stanford.

Harlequin, run by David Ames, 60, from Brock Hill, Wickford, entirely refutes the allegations and condemns as false and “wildly defamatory” all its claims.

It was taken offline after a complaint to Wilkins Kennedy by solicitors Carter Ruck, after Harlecon was traced to Mr Newman’s home.

Harlequin filed a libel claim at the High Court against Mr Newman, another of its account- ants Martin MacDonald and Wilkins Kennedy itself, as their employer.

Mr MacDonald and Wilkins Kennedy deny any involvement and Mr Newman was suspended before resigning.

In his defence statement, revealed in papers submitted to the High Court, Mr Newman justified the website by branding Harlequin a “systematic fraud”.

It has taken millions of pounds in deposits since 2005 to build at least 6,000 holiday homes, but has so far built around 300 at Buccament Bay in St Vincent.

Mr Newman’s defence papers, submitted to the High Court, allege Harlequin knew it did not have finances to complete all resorts, and therefore acted fraudulently, by not disclosing this to potential investors.

“It has repeatedly tried and failed to obtain external financing. It cannot afford to meet its existing contractual obligations.”

The firm plans to build six resorts in the Caribbean. The defence papers, submitted by Mr Newman’s legal team, claimed it would cost Harlequin about £400million to do this.

But it claimed the firm has at most £54.6million left and Buccament Bay has not yet made profits.

It added: “Harlequin is aware that financially it cannot construct the resorts. Despite this, it continues to market its resorts as good investments.

“It spends a huge amount of money on advertising and marketing, using well-known figures and brands.

“There is a real danger of members of the public and other investors losing very substantial sums of money as a result of Harlequin being unable to hon- our contractual obligations.”

In a statement it added: “Mr Newman’s defence is fundamentally flawed in numerous respects. It also contains innumerable falsehoods and factual inaccuracies.

“No such suspicions were raised when Mr Newman, his supervising partner Martin MacDonald and Wilkins Kennedy were acting for Harlequin and developing the very business model Mr Newman now purports to criticise.”

HARLEQUIN sold properties under a 100 per cent finance scheme, by offering to pay mortgage interest for any investor who took out a loan to pay the deposit, until the properties were built.

Jeremy Newman claimed in the defence papers submitted to the High Court interest payments were then “secretly” paid for using money deposited by new investors – a so-called Ponzi scheme. In the papers, he also accused Harlequin of promoting its properties as being available at half market value, while knowing they “were worth considerably less” than sold for.

Another claim was Harlequin made “repeated statements” about having full planning permission for the resorts, when at the time of Harlecon going live, it only had full planning for part of Buccament Bay.

Business ‘did not have enough cash’

ACCOUNTANT Martin Mac- Donald resigned as Harlequin’s auditor after warning David Ames his business would “fall apart” because it could not get funding, defence papers submitted to the High Court claims.

Jeremy Newman claimed a month later, in June 2010, he warned Harlequin’s solicitors it did not have money to build properties it was selling.

He also claimed Harlequin’s lawyer in the Caribbean suggested it may be a Ponzi scheme.

Harlequin claims Wilkins Kennedy resigned as account- ants only after being warned it would be removed due to its con- duct and conflicts of interest. It is bringing a separate claim of professional negligence against Wilkins Kennedy.