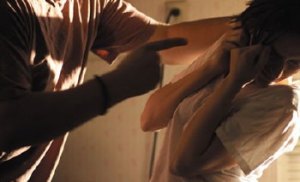 Love. Hate. Murder. Sometimes there’s not much time or distance in between…

“The abuse climaxed a Friday night in February 2008. Minus the details that, to this day, make me uncomfortable in discussing, he returned to the home, intoxicated, physically assaulted me over a period of seven hours and finally raped me.

I called the police. As I recounted the events of the night, what I recall most of this dialogue, was that it seemed very important to the police that I understand that I was not ‘raped’. Rape, two officers, made clear for me that morning, could not take place between a man and a wife, and unless they were separated a period of one year (it was seven months) and therefore legally separated, rape did not exist. As it were, we were still man and wife. Admittedly, while it was as hard for me to be subjective that morning, as it is still now – the police were not offended by this cruel and violent act, rather they spent their efforts that morning in humiliating me – in diminishing the occurrences of that night to something insignificant and of little consequence, while to me, the events of that night had possibly more reverberations onto my life than any other event of my thirty-three years.

It was also the first time I had ever felt ashamed to be a woman.

I was in the same position as I had been previously – worried that a charge would simply result in a fine, worried that a charge would inflame my abuser. I attempted a different strategy. I went to the doctors. I documented my injuries. I went to court. I made an application for a restraining order. I brought it back to the police station in order that they would serve him.

And then, even while the swelling of my bruises were still subsiding, I was metaphorically struck again. The police officer on duty read the application. He volunteered at no prompting from anyone, to offer to me – and a room full of people, including neighbours and even a colleague – his opinion on the matter; that unless I had been separated for a period of one year, I had not been raped.

Mortified, I left the police station and ruminated on the insensitivities of men. I decided that as I am taking a stance against one abuser, I would not tolerate abuse from another. I returned to the police station and very calmly and rationally, asked the police officer, not in his capacity as servant of the law, but as one human being to another, to please show me some sensitivity.

His reply was that if I had an issue with him, I should direct it to the station sergeant. I left ashamed now not only for me, but for him as well.

My abuser was not served the application for a restraining order for over a month. Despite my very frequent calls to the police station, to the bailiffs, to my lawyer, to Central Police Station, to the court house – despite me providing frequent details as to his whereabouts (he was always very easy to find) – despite my pleads for protection, I did not go to court over the matter until April…”

Read the full article as Juliette Maughan helps a victim to tell her story: Domestic Violence in Barbados: Who will protect the victim?