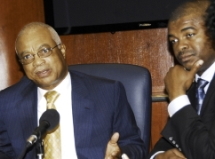 No surprise at all! 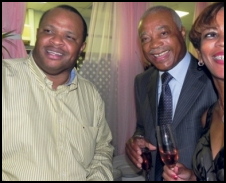 Forget about your children’s futures and education: you and your children will be a long time paying (it’s called ‘bailing out’) the elites who built that Ponzi house of cards called CLICO.

It’s just that we predicted this months ago. Futures destroyed, pensions gone, lifetimes of work and savings stolen… and nobody will ever pay.

Nothing changes ’bout hey. Nothing. Ever. Changes.

Commissioner of Police Darwin Dottin has been ordered to stop the criminal matter brought against the president of CLICO International Life, Terrence Thornhill, at least for now. END_OF_DOCUMENT_TOKEN_TO_BE_REPLACED