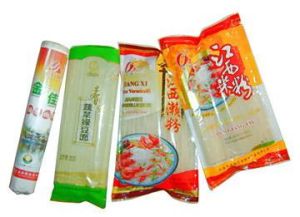 Do you have any Chinese rice noodles or other foods in your kitchen? Better read this…

Chinese food producers are turning out over a million pounds of tainted rice noodles a day and no one can say how long it’s been happening. Chinese authorities say it’s all being locally used, but hey, they said there was no export of melamine tainted milk products either and we know how well that turned out.

The latest stories detail how sulphur dioxide and other substances are being added to rotten rice to stretch a pound of rice into three pounds of noodles. END_OF_DOCUMENT_TOKEN_TO_BE_REPLACED

What happened to the DLP’s stories of BLP corruption?

Lance is a woodworker with something to say. This is his first post from his new blog. Welcome to the blogosphere, Lance!

Corruption, the biggest hindrance to progress in Barbados!

What has happened to all the corruption the Democratic Labour Party alluded to during their 2007 political campaign? Have they since turned a blind eye to the said, while ultimately embracing it all? And what has happened to checks and balances and accountability in government, and the declaring of assets so one will understand how certain ministers can gets so rich after coming to office. Barbados is rapidly slipping to the edge of the abyss due to the subtle corruption which permeates the society, and while I’m well aware that these issues might not be very comfortable to discuss… we however, can’t bury our heads in the sand any longer and pretend they don’t exist here in Barbados, and therefore continue to naively believe we’re living in a paradise, where all’s well in the country.

What has happened to the monies stolen from certain government institutions, including the Psychiatric hospital and the post office. I haven’t heard if anyone has even been reprimanded in the least, let alone convicted for such thieveries. Is it because it wasn’t a hungry, poor person stealing a tin of corn beef and a pack of biscuits to eat, who no doubt would have been brought swiftly to justice for such acts once caught?

Why is it so difficult here in Barbados to go after and convict perpetrators of white collar crimes? Are they above the law?

It’s no wonder why many Barbadians are now of the view and rightfully so, that the rule of law is healthily designed to shield certain persons of elite status in our society. Is that the reason why it took police four days to finally gain access to a property in one of our gated communities some three years ago when they were called in relation to a domestic dispute? And what has every happened to the lawyer and son who’ve allegedly beaten the 15 year old boy black and blue in the upscale gated community of Highgate Gardens, while taking a short cut to his Britton’s Hill home four year ago?

The NUPW shouldn’t have a need for a health care facility, but they do.

“The NUPW members are welcome to do what they want with their money and I congratulate them. Just don’t ask me for my tax dollars if my family is not welcome at your new facility.”

When your organization has over 20,000 members and the public hospital and health system isn’t doing the job for your members and their families: you start to build your own health care facilities and system. Because you can.

That’s exactly what is happening with the National Union of Public Workers. The organisation announced that it is building a “three-storey, ultra modern diagnostic and treatment facility” at their Dalkeith, St. Michael complex.

NUPW is mum on the cost, number of beds and number of surgeries in the facility, but describes the project as “major” and says that financing is in place… END_OF_DOCUMENT_TOKEN_TO_BE_REPLACED

Tourism Matters: Is cruise tourism a losing proposition for Barbados?

Cruise tourism: worth the investment?

As a land based tourism entity, I clearly have strong opinions on this subject and any observations made, should bear this in mind in the interest of fairness and objectivity.

Cruise tourism is a huge component of the overall global leisure industry and it is far better (in my opinion) to work with the sector and maximise the revenues and benefits.

True home porting and the opportunities created by cruise and stay programmes offer the destination the best case economic scenario.

With the increase in airlift, especially from Sao Paulo and Dallas, plus planned new charter services from Northern England, it appears there is enormous further potential to build on the existing ships that use us as a turn around base.

Cruise ship operators continue to have enormous advantages over their land based counterparts. These are almost too many to mention, but include substantially lower operating costs, in terms of labour, consumables and taxes. Ultimately if the going getting tough they can simply reposition and move their ‘investment’ to almost any other part of the world!

Conversely Governments have to invest massive amounts of money to accommodate these ships, and these costs will increase as
the majority of newly built vessels dwarf their predecessors. END_OF_DOCUMENT_TOKEN_TO_BE_REPLACED

Mrs. David Thompson declares she’ll speak for St. John in Parliament if voters will have her.

Okay, okay – we have to have an election first – but we don’t think we’ll have to eat gull when we predict that Mara Thompson will win the St. John by-election on January 20th and assume the seat formerly occupied by her passed husband, Prime Minister David Thompson.

As we said a few days ago when we predicted that Mara would run, we don’t see much of a contest because the Barbados Labour Party is still in turmoil. They can’t even find their computer files and website password so we don’t see how they could possibly expect voters to trust them with another Member of Parliament let alone give them the keys to government again. Owen Arthur thinks he’s the BLP leader but 50% of the party members seem to have some doubts about that.

What will Mara’s election change?

Nothing really. She’s a bright person – feisty yet classy – but she’s hardly likely to rock the boat which means the by-election will be an amusing distraction that won’t change anything. Same old, same old ’bout hey.

As a side issue, the “Queen Maker” DLP adviser Hartley Henry fell ill in the USA over Christmas and has now been released from hospital. Hmmmmm…. we wondered where he was because didn’t see him leaving comments under his usual aliases at BFP or BU for the past week. Good to see him up and around and he says he’ll be back in town for the St. John’s campaign.

Which new online alias he’ll use next?  🙂