Barbados made Ethical Traveler’s “Developing World’s 10 Best Ethical Destinations” list for 2011, but a co-author of the report says we’ll be dropped “if Barbados does not act on its environmental promises in the next year”

In an exclusive to Barbados Free Press, Ms. Lefevre confirmed that Barbados was not one of the top “all round” performers, but made the list because of its good record in social development and human rights.

Writing at our article Environmentalists puzzled as Barbados added to Ethical Traveler’s Best 10 List Ms. Lefevre asked BFP and our readers to refer local assistance to monitor the environmental situation in Barbados for the purpose of next year’s list. For some of our readers who were questioning our status as a “developing” country, she also explained how Ethical Traveler compiles their “Ten Best” list.

You can read everything the Ethical Traveler author had to say at this link. 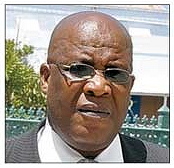 There are a number of lessons that the Barbados Government should learn from Ms. Lefevre’s visit to Barbados Free Press:

1/ “You can only keep up appearances for so long before people demand performance…” Barbados governments have been promising Environmental laws and enforcement for 20+ years and raping the environment since 1966. Once people visit Barbados, they instantly become aware of that.

2/ Some organizations and people can’t be bought. These days there is hardly a travel article about Barbados published in the big media that hasn’t been bought and paid for by the Barbados Tourism Authority. That doesn’t work with organizations like Ethical Traveler.

3/ Barbados governments have lost the ability to control the media message and the worldwide image of the country. Instead of spin, politicians and Barbados have to perform.

We’re only one blog of millions out there on the internet, but search just about any topic to do with Barbados and you’ll see Barbados Free Press somewhere near the top returns. In 2011 we will welcome our 9 millionth visitor.

And don’t forget that BFP is only one of many blogs about Barbados.

Performance and results are all that matter now, Dr. Lowe. The Barbados government can no longer control the media message and the worldwide image of our country.

Performance and results. Can Denis Lowe, the DLP and the BLP can handle such a radical change?