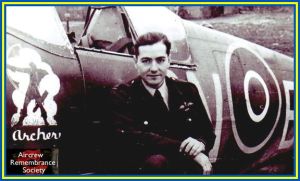 Looking for relatives – “We have information for them”

Sqd/Ld Phillip Archer was shot down and killed on the morning of 17th June 1943, in combat with FW190s of JG/26 during a Rodeo in the area of St. Omer, a second aircraft from his unit 421 sqdn, Spitfire IX BS319, piloted by F/O J E McNamara was also shot down and he was also killed. Sqd/Ld Archer was possibly on his last sortie as CO of 402 sqdn before taking over 421 sqdn.

He had been wounded in action on two occasions while flying with 92 Sqdn, on the 9th July 1941 while flying a Sweep in Spitfire IIa R7195, he was wounded and the aircraft was damaged. He was soon back in action and on the 21st August 1941 during another Sweep flying Spitfire Vb W3330 he was slightly wounded in the legs during combat. (Aircraft Cat 2 and returned to service.) Phillip was credited with six confirmed aerial victories.

“We are currently seeking any living relatives for this airman as we have further information for them from an eye witness.”

…posted by the Aircrew Remembrance Society

“There was a series of large-scale, rapid withdrawals of funds before the start of the bailout.  That pattern of activity would have speeded-up the collapse.”

“We have entered a new stage.  This is where all those trusting people, who were told to wait and have faith, are realizing that the people in the know have already withdrawn and secured themselves.  Some of those people in the know were the same ones who were telling the faithful to keep on waiting.  What a thing.”

A Season of Unreason

We are now entering a bizarre endgame in this rounds of musical chairs.  The children’s game has returned for us adults, but with a vengeance.

As I wrote on 10th September, the big question is ‘When exactly did the CL Financial group collapse?’.

Firstly, the CL Financial chiefs left others holding the risks –

Secondly, there was a series of large-scale, rapid withdrawals of funds before the start of the bailout.  That pattern of activity would have speeded-up the collapse.  It would be very interesting to see details of who broke their deposits and failed to ‘roll-over’ in that crucial final stage. END_OF_DOCUMENT_TOKEN_TO_BE_REPLACED 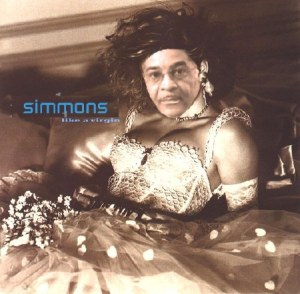 Former Prime Minister David Thompson said it was unethical for Attorney General SIR David Simmons to have accepted the position of Chief Justice from then PM Owen Arthur. BFP agreed with Prime Minister Thompson then, and now.

But forget about that.

Let’s just look at performance, at results. What did SIR David Simmons achieve?

Did SIR David bring justice to the people?

Let’s look at what our Justice System is after SIR David Simmons was in charge – first as Attorney General and then as Chief Justice – for… how many years? Almost two decades!

This is reality and the true legacy of Sir David Simmons.

Oh… don’t listen to us. Listen to those who work in and with the Barbados Justice System… END_OF_DOCUMENT_TOKEN_TO_BE_REPLACED