Here is (my latest Friday Nation column) Swimming Upstream which was not published 24 September 2010. We now know clearly why some politicians behave the way they do and why some persons feel they are more equal than others in Barbados. Thus as an ignorant and naive person I wish to share this with the wider public. The blogs are uncensored and sometimes libelous but fair enough to allow persons to judge fact from fiction. Its never my aim to libel or slander but to only speak my mind in a respectable way. You judge for yourself.

After hearing the mouthings of Charles Skeete, Owen Arthur, David Ellis, Vincent Layne and Mia Mottley I am scared. Why am I scared? The forty or more years of growth Barbados has seen is being threatened by a lack of clarity of purpose by my government. As a patriotic Bajan I run the real risk of being marginalized for calling things as I see them or even targeted by the vindictive among us. However, the national risk is even greater than the local risk to me thus I accept whatever poison arrows may be shot at me.  Never, will I swap my integrity or honesty for a token invite to a social gathering at the expense of being a wimp or pimp. END_OF_DOCUMENT_TOKEN_TO_BE_REPLACED

Tagged as Barbados, Barbados Politics, Censorship, Freedom Of The Press 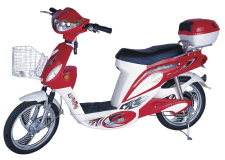 Another Cameron electric-bicycle tour coming to Barbados in October

Barbados and being environmentally green

It was grand to see the media treatment regarding Arbor Day.

With ten (10) resorts, hotels and guesthouses in Barbados having Green Globe Accreditation it is evident tourists are concerned about the environment.

With the testing of electric power-assisted bicycles (e-bikes) by CameronEV-Electric Vehicles in Barbados, (with three (3) e-bikes and over 2,000 km traveled over the past year) the lack of environmental awareness in Barbados is evident in most places we traveled. END_OF_DOCUMENT_TOKEN_TO_BE_REPLACED

“In my view, the most odious aspect of the entire bailout is that the wealthiest individual in the Caribbean was able to negotiate the largest-ever loan from our Treasury at zero interest on the basis of a letter.”

“For those of us who did not invest with CLICO, the mere idea of our taxpayers’ funds being used to rescue these who placed these high-return deposits is deeply offensive.”

“Both the CL Financial chiefs and the depositors who took the chance at investing at those incredible rates of return are being spared the consequences of their decisions by the bailout process.”

Disturbing Arrangements in the 2011 Budget

Winston Dookeran’s budget proposals to re-order the ongoing CL Financial bailout have sparked considerable controversy.  Dookeran stated his first priority to be “…Stop the drift and indecision…” – ironically enough, it appears that the sentiments of the public are moving in another direction entirely.  A new mood of protest and threats of impending lawsuits have emerged.  This is a live example of the law of unintended consequences.

The budget’s revised proposals are –