Arsenic in our food? Keltruth looks at the frightening reality of what we eat… 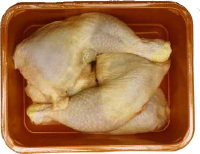 Does Barbados allow the addition of arsenic to chicken feed?

“Most chicken growers in the US add arsenic to the feed. One such additive is the antibiotic arsenic compound roxarsone. Arsenic additives are approved by the US Food and Drug Administration (FDA) but have been banned in the European Union since 1999. The FDA has been petitioned to ban arsenic, but as far as I know has not acted.”

… from Keltruth Blog’s article Are Most Americans Consuming Meat Laced with a Deadly Poison?

Yikes! I’ve heard all kinds of stories about the food we eat, but never anything about the deliberate introduction of the deadly poison arsenic into our foods. Whatever for? Aren’t there any alternatives available?

The Keltruth article sources many reports and incidents of poisoning and it makes me wonder if arsenic is added to the chicken feed made in Barbados. Strangely enough, one of the people who might know the answer to that question is none other than our Supervisor of Insurance,  Carlos Belgrave. 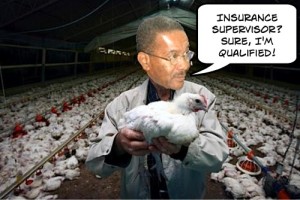 Prior to being appointed to his regulatory position, (current Barbados Supervisor of Insurance) Carlos Belgrave was the General Manager of a local company that manufactures “flour, animal and poultry feeds” … according to OffshoreAlert’s 2006 “Worst Regulator” Award.

I’m not even sure that we have any regulations or standards about food additives in Barbados, let alone proper oversight of manufacturing.

For small island societies there comes a point where we have to rely upon larger countries to set standards in many areas because we don’t have the knowledge or the financial wherewithal to do so ourselves. But sometimes this reliance translates into apathy or inaction in some areas where we can and should be taking an interest ourselves.

The other side of the coin is that as a smaller island society we might be able to set and enforce some standards better than larger countries because we have fewer entry points for substandard products to come into the country.

Something to think about as you read the very disturbing article at Keltruth… over your morning eggs!

13 responses to “Arsenic in our food? Keltruth looks at the frightening reality of what we eat…”