Noel Lynch and The Nation newspaper – Partners in hypocrisy

Nation Newspaper selective in quest for morality and justice

“I must admit that I find the editorial in the NATION today (Monday 23rd August) rather hypocritical.

Where was the same indig(nation) when the then Minister of Tourism refused to share a radio studio with me?

Imagine for one second if it was the other way around. END_OF_DOCUMENT_TOKEN_TO_BE_REPLACED 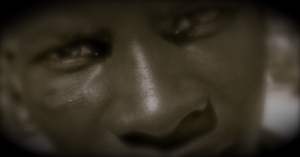 "The road is closed. I need ten dollars."

For several years I’ve read BFP’s occasional pieces about the Boscobel toll gang as really good campaigning journalism—precisely the kind of journalism that this country is gasping for. But I have to concede at the outset that I also read them as something of an abstraction, something that didn’t have much to do with me or mine.

That changed last week when I finally encountered the gang. To jump to the end: nothing very bad happened; it was simply a little alarming. But without doubt it would have been much worse if BFP hadn’t been writing its stuff.

I was giving a couple of guests from overseas my patented island tour. END_OF_DOCUMENT_TOKEN_TO_BE_REPLACED

A proven track record of all talk, no action on cell phone driving ban

For the fifth time in the last four years a Barbados government Minister has announced the intention to ban the use of cell phones while driving. Such a law would make sense, save lives and generally encourage all-round safer driving in Barbados.

Yup, the law made sense and had general public support when proposed talked about at press conferences by Ministers of Government in 2005, 2006, 2007, 2009 and still makes sense in 2010. (We couldn’t find any politician talking about it 2008 but maybe we missed it.)

Barbados Free Press first reported on the cell phone driving ban over four years ago in our July 25, 2006 article Barbados Government To Ban Cell Phones While Driving. Then the new law was going before Parliament that very afternoon in 2006 – or so said the Minister of Transport. And we heard more of the same for the next four years.

So you’ll have to forgive us for not believing Minister Boyce this time. Government credibility on this issue for both DLP and BLP is shot. END_OF_DOCUMENT_TOKEN_TO_BE_REPLACED

Click on the banner to visit Planet Barbados for interesting articles about Barbados and excellent condo rentals on the beach.

Comments Off on Please visit our friends at… Planet Barbados!