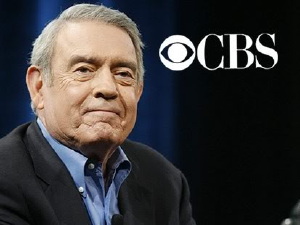 When we last heard from Dan Rather, the disgraced 60 Minutes “journalist” (cough, cough) had lost his job with CBS News after using forged documents during a story about George W. Bush’s time in the Air Force. (See Killian Documents @ Wikipedia)

We’re not sure if Dan Rather still takes heroin or LSD (as Rather has claimed in the past) but even that wouldn’t excuse his disgusting recent comments about President Obama while being interviewed on the Chris Matthews Show.

Here’s what he said…

DAN RATHER: Part of the undertow in the coming election is going to be President Obama’s leadership. And the Republicans will make a case and a lot of independents will buy this argument. “Listen he just hasn’t been, look at the health care bill. It was his number one priority. It took him forever to get it through and he had to compromise it to death.” And a version of, “Listen he’s a nice person, he’s very articulate” this is what’s been used against him, “but he couldn’t sell watermelons if it, you gave him the state troopers to flag down the traffic.”

Amazing. Just amazing. Rather’s comments show that at his core he views people through race-coloured glasses – a condition that is not itself limited to racists of any particular skin colour.

President Barack Obama. The first person of colour to be elected to the highest office in the United States… and Dan Rather says “watermellon”.

If I described Rather using the words I want to right now, Auntie Moses wouldn’t speak to me for a month.

Something has to be done!

As we rapidly approach the softer summer season, should we be concerned over the current viability of our tourism industry?

When one of our largest hotel groups recently published their accounts for the financial year ending 30th September 2009, it sent a powerful wake-up call to our tourism policymakers.

A total of 1,530 rooms spread across five hotels, three of which are here in Barbados managed a total turnover of BDS$62 million.

Even at a virtually impossible occupancy rate of 100 per cent, that is an average room rate of US$110 per night. At a more realistic rate of 75 per cent that average drop to just US$74.

Clearly to maintain a 4 star standard on an all-inclusive basis with continuously escalating costs, this cannot be sustainable.

Discounting has become a way of life for many hotels and other tourism players, simply to maintain the numbers and staffing levels.

‘We’ have added 80,000 new airline seats annually alone from the United States, a market that has not registered any consistence growth over seven years. Already, even before the end of the peak winter season, flights are being cancelled, so what happens post Easter?

Despite the appointment of a new Advertising Agency, a new website and a massive increase of the marketing budget in our second largest market, we still seem not to be able to influence the numbers in relation to the monies spent.

Apart from the Tourism Industry Relief Fund (TIRF), the private sector has largely been left to survive on their own, forced to absorb constantly increasing operational costs, while being encouraged to safeguard employment.

Killer Taxes & Airport Fees in Europe and the Caribbean

Meanwhile Governments appear to be impervious to lowering the cost of travel. The cheapest return flights from Gatwick to Barbados with either scheduled airline, is according to their own websites UK Pounds 590 for travel in June. A staggering UK Pounds 192.80 of that figure is made of taxes and add-ons.

Travel within the Caribbean is no different.  Out of a US$276.50 return ticket from St. Lucia to Barbados with LIAT, US$112.50 is for taxes and add-ons.

The Barbados Hotel and Tourism Association has convened an emergency meeting later this week to discuss marketing ideas for spring, summer and winter 2010.

The notice is aptly headed ‘Something has to be done’!

I hope that the meeting will be well attended and that the very best minds in marketing with new ideas and concepts will be listened to. And just maybe their suggestions will be implemented.

‘Something has to be done’!