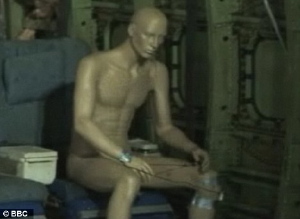 Thanks to an extensive study and actual field tests by the publicly-funded BBC, Muslim terrorists and their bomb makers now know that they haven’t been using enough explosives to bring down a Boeing 747. They also now know where to better place the bomb and what altitude it should be set off at for maximum effect.

No doubt the Muslim homicide bombers and their evil leaders will shout “Praise Allah” after watching the BBC video that explains where they’ve been going wrong.

Read the BBC story Boeing 747 survives simulated ‘Flight 253’ bomb blast and watch the video. Like the terrorists, you’ll learn that “underwear bomber” Umar Farouk Abdulmutallab wouldn’t have brought down Flight 253 on Christmas because even if he managed to set off the bomb, it simply wasn’t large enough or placed close enough to the outside skin of the airliner.

Al-Qaeda is undoubtedly saying “Praise Allah and the BBC for this information that will help us to succeed next time!”

When some BBC viewers questioned whether the experiment was valid given that the test aircraft wasn’t pressurized, the BBC even revised the article and provided additional information on bomb placement for greatest effectiveness and selecting the correct altitude for detonation to cause maximum damage.

PRAISE ALLAH for the assistance from the BBC!

The so-called journalists who wrote the article and organised the bomb test haven’t put their names on their work, but here are the photos and names of the two irresponsible and traitorous bastards who assisted the BBC in providing specific technical information to the Muslim terrorists…

The BBC says Captain J Joseph is air accident investigator and Dr John Wyatt is an international terrorism and explosives expert who consults for the UN – United Nations. Traitorous bastards, both of them. 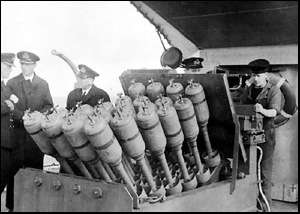 During the development of the “hedgehog” anti-submarine bomb, the British inventors didn’t know how much explosive to use. They knew how much it would take to sink a British submarine, but how much would it take to sink a German U-Boat? The problem was the British engineers didn’t know the distance from the deck of a German submarine to the pressure hull. The hedgehog would explode on contact with the deck of the German submarine, but had to have enough power to then rupture the pressure hull that could be between 2 feet and 4 feet under the deck. British sub specifications they knew, but what about the German U-Boats? How to find out?

Easy…. the Brits flipped through a bunch of German newspaper and magazines and found a photo of a German seaman loading torpedoes into a U-Boat. The seaman’s upper body was visible above the deck as he stood on the pressure hull. The Brits estimated his height and the distance of his body not visible and in this way accurately estimated the distance between the outer deck and the pressure hull. This was much less than the Brit subs and the designers were therefore able to use a smaller charge for the Hedgehog and throw it further.

They designed the hedgehog accordingly and it went on to be a major sub-killer – in no small part because the German propaganda photo allowed the Brits to select the proper size of explosive charge. 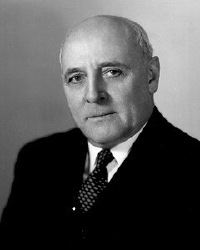 Congressman Andrew May (House Military Affairs Committee) was on a junket to Pearl Harbor and got a briefing on how the US subs were taking the fight to the Japanese and really starting to kick some tail by 1943. He was briefed on the following subjects:

Congressman May then held a press conference when he got home, relating the TOP SECRET information to the radio and newspapers, assuring the mother’s of submariners that their boys were safe. (Sounds like the BBC assuring travelers that they are safe on the 747!)

Of course, Japanese spies ALSO listen to the radio and read the papers, and they reported the issues to their bosses. Corrective action was soon applied, with a super depth charge of 600 lbs of TNT hitting their arsenal. Vice Admiral Charles A. Lockwood, commander of the U.S. submarine fleet in the Pacific, later estimated that May’s revelation cost the navy as many as ten submarines and 800 crewmen.”

I view the BBC’s article and video as no less stupid than Congressman May – to the point of treason.

Every person who worked on the BBC story should be charged with aiding terrorists.