Mottley urged “this island is crying out for a new type of government”, elaborating that Barbados “deserves a new politics and a new form of development” and reassuring that “the long march has started tonight”.

Hmmmmm…. “crying out for a new type of government”, “new politics”, “new form of development”

“New” is the number one attractive word in marketing. It’s New! Buy Now!

It would be sooooo nice to hear some substance once in a while from Mia, because most of the time she comes across like she’s selling the same old laundry detergent in a new box.

Which, of course, is closer to the truth than Mia and the BLP care to admit. Same old, same old ’bout hey!

Barbados Allegiance blog calls a town hall meeting. Will it be well attended?

Taken from the Barbados Allegiance blog (and yes, we’ve added their link to our sidebar)…

Ready or not here we come!! In order to bring this dialogue to the people of Barbados ALLEGIANCE will be holding its first Town Hall Meeting during the first quarter of 2010. We are working on getting participants together so much will depend on their schedule. We propose that the topic will be the first one discussed in this Forum.
Is there room for a Non-Partisan Political Dialogue in Barbados?

We propose that there should be one speaker and two commentators. Most of the time during the session will be allocated to open discussion. Let’s have your thoughts at Barbados Allegiance blog

Comments Off on Barbados Allegiance blog calls a town hall meeting. Will it be well attended? 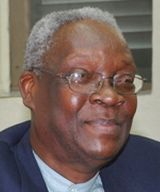 I am hurt like any other rational thinking patriotic Barbadian at the pronouncement by Mr Trevor Prescod in the Tuesday`s Daily Nation under the caption “Prescod: Why Honor Sir Lloyd?”

Mr Prescod you should tell us what you would have done? Devalue the dollar or cut the government`s wage bill. I shudder to think what damage you would do to our country if you were to given oversight of the country`s affairs.

Grassroots thinking Mr Prescod cannot be responsible for this sub base level of ungrateful thinking in the history of our politics as a former member of the DLP. If its one person who deserved a Knighthood its Sir Lloyd. He made a tremendous sacrifice to the whole country`s benefit. Prime Minister Owen Arthur as the great economist he is recognized to be, appreciated the sacrifices of Prime Minister Sandiford. The most honorable thing Barbados could have done for him was to offer a knighthood.

What has me more disappointed is that you failed to express your disapproval of this appointment to your leader. Are you the same Trevor Prescod who was in the DLP, NDP and now BLP. What is your legacy? Is it empty eloquence and manipulation of the mind of voters. We need to say to all who aspire to serve as politicians we need a new level of representation. The times of flowery talk, manipulations of minds and offerings of rum are no more. A Non Partisan Movement is the only option if we are to keep 30 persons from destroying these fields and hills we call our own.

What the Political Parties in Barbados need to be concerned more about is their inability to show Transparency be it the publishing political donations and the introduction of Integrity Legislation. The person who pays the piper calls the tune . I will not accept that bribes,corruption and a lack of transparency is the acceptable norm in politics worldwide. Corruption is just as devastating as money laundering and we only need to look at Haiti, Guyana, Trinidad, Nigeria and others.

You can make a difference by finally saying something that makes sense as flowery words are most often empty. I invite more persons to respectfully speak out in the best interest of our country. Too many Politicians aspire to office and have not a clue about managing people or even solving problems. Oh how sad!

Vicky Merrick, Nicole Garofano and all at The Future Centre – Barbados Environmental Heros work without the backing of laws

A marvelous article about the Future Centre’s leadership in recycling appears in the current edition of the McGill Reporter – the newspaper for McGill University in Montreal Canada.

Writer and undergraduate student Sibeal McCourt spent some time in Barbados last fall during a Field Study Semester and she was some impressed with Vicky Merrick and Nicole Garofano. 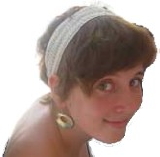 “…I also did an internship with the Future Centre, a local, not-for-profit organization promoting sustainable/environmental initiatives in Barbados. They were focusing on recycling while I worked with them.

Vicky Merrick and Nicole Garofano, who run the Future Centre, are so energetic and driven that you can’t help but be swept up in their mission to get Barbadians (locally referred to as Bajans) to recycle. Under the tutelage of Vicky and Nicole, my eyes were opened to the serious waste management issues present in Barbados. Their main landfill, the Mangrove Pond Landfill, is so overflowing that Bajans refer to it as “Mount Stinkaroo.”

Recycling in the Shadows of Mount Stinkeroo

The article goes on to talk about Miss (?) McCourt’s surprise that the Barbados government is not showing leadership in recycling and that we lack a government recycling programme…

“Coming from Canada, where recycling is government-run with scheduled pickups every week, I took waste management for granted. I thought that Vicky and Nicole were simply trying to expand on an already present recycling program, or educate people on how to recycle more efficiently. As it turns out, there is NO state recycling program in Barbados.”

Barbados: A country with no Environmental Laws

Although Miss McCourt’s article shows a very positive image of the folks who do such good work at The Future Centre and of Barbados and Bajans generally, left unsaid is the big truth about Barbados: Our country has no environmental legislation.

Oh, we’ve been promised environmental laws by every government since we gained independence back in 1966, but so far promises is all we have. I wonder if Miss McCourt is aware of the Shell Oil pipeline spill in Barbados where our impotent government has done nothing while Shell ruined the land and water and then pulled out leaving a big mess?

Shell could only do that because we have no environmental laws.

So thanks to Sibeal McCourt for her positive article and well-deserved congratulations to Vicky Merrick, Nicole Garofano and all those heros at The Future Centre. We hope that Sibeal will return to Barbados in 2010.

We also hope that the long promised Environmental Legislation is delivered soon by the David Thompson government and that it doesn’t have so many holes in it that a Shell tanker could motor through.

Well, Environment Minister Lowe… where is the legislation?

McGill Reporter: Recycling in the Shadows of Mount Stinkeroo