Is this the next Private Beach in Barbados? 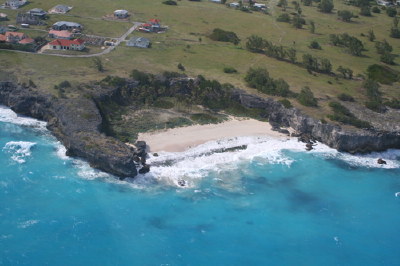 The largest hotel resort ever seen on this island is coming, but no detailed plans, standards or environmental studies are being made available for inspection by Barbados citizens.

Apparently there will be some sort of perfunctory meeting next week where the environmental assessment might be presented, but like all of these meeting where “public discussion” is to take place, the public is not allowed to have access to the report before the meeting. You see friends, it just won’t do to have people study the materials beforehand so they can as informed questions. That would encourage real discussion and we can’t have that.

Apparently the developers have the same problem as the public though: the government hasn’t released the environmental study to them either – according to a CBC article “Billion Dollar Resort”

“Several Environmental Impact Analysis projects are currently in progress to facilitate our application for planning approval. We already have the report
and recommendations from a 3 month coastal study and proposal for creating a breakwater for the beach at Palmetto Bay to make a safe area for bathing.
We expect to receive full planning permission by the end of 2008 and to complete the resort by Christmas 2012.” … from Harlequin Properties’ The Merricks website.

We have a few questions…

How is public access to the beach being maintained?

Where will the public park their vehicles?

HOW FAR is public parking from the beach?  How far? You mek sport!

Plans are well on stream for what is being described as the largest hotel resort in Barbados. The project has been in the works for some time but is now nearer to reality. The new billion dollar resort is to be built on 70 acres of oceanfront land in the area around Peat Bay.

The United Kingdom based developers, Harlequin Property, say it will comprise nearly one thousand hotel rooms including suites, apartments, custom homes and cabanas….

Tagged as Barbados, Save Barbados Beaches