Has it come to this in Barbados? Dialysis patients turned away due to shortage of needles, gloves, standard supplies

THERE IS a shortage of supplies in the dialysis unit at the Queen Elizabeth Hospital.

And patients who rely on the unit’s blood purifying service fear their lives may be on the line.

“[The hospital] is short of equipment and people are literally afraid for their lives,” said a patient who spoke under anonymity.

Gloves, needles, and other items were needed, said the patient who added that waiting periods for dialysis treatment had lengthened.

“Some patients have had to wait for four or five days for treatment, and others were even turned back.”

… from the Nation story Dialysis Problem

A legacy of neglect and wrong priorities by successive Barbados governments 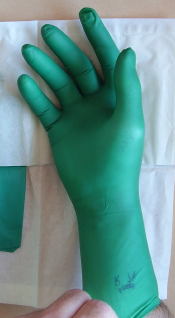 I wonder if politicians, civil servants and administrators in Barbados really get the fundamentals of their jobs. Hardly a day goes by that we don’t hear of another crisis or emergency that is simply the result of poor management, out and out neglect or irresponsible prioritisation. Or no prioritisation.

As an example, our “leadership” – both BLP and DLP – thought it was a wonderful idea to go into debt to the tune of half a billion dollars or more to host Cricket World Cup. Oh yes, it was under a BLP administration but Thompson and the DLP went along all the way with the CWC plans even to the point of voting to change the Constitution on a whim one afternoon. (“Oh bye the way” said the BLP, “we’d like to change the Constitution this afternoon.” The reply from Thompson’s DLP was “No problem, can we be outta here by three?”)

We’re still waiting for the seven hundred yachts to show up for the games as then Tourism Minister Noel “Instant Millionaire” Lynch predicted.

And so it has been for twenty or more years in Barbados. Our government Ministers drive nice shiny cars and four by fours while our firefighters beg and scrape for 20-year-old used equipment from New York City. Some of our police officers are barely literate. Ya get wat ya pay for, folks!

Lots of money for bread and circuses at Crop Over, but our nurses lack surgical gloves, needles and other supplies to look after the dialysis patients that must have treatment or die.

And speaking of a shortage of surgical gloves, it was two years ago that a reader sent us the following story about the Queen Elizabeth Hospital. Nothing has changed…

My son almost died at QEH this year. I won’t give you the details because I don’t want any reprisals for writing you with the story of his “medical treatment” at the Queen Elizabeth Hospital. Please edit my letter and change the words so no one knows it is me that wrote to you. (editor’s note: done)

Every day I or one of the family stayed with my son and kept him clean and brought him food. This was necessary because of the lack of food, bad food when it came IF it came and the lack of trained nurses and supplies. Especially supplies.

None of the ward toilets where my son was had paper, none had soap or paper towels for drying. Everyone must bring their own.

I had to buy “Intrasite gel” for my son’s wounds because the hospital had none that they could give me after 3 days. This was $20 a bottle and it only lasted a few days because I and my friends ended up changing the dressings ourselves when we found they were not being changed enough. I had to buy a box of sterile gloves to change his dressings. I bought a small package at first but the nurses kept “borrowing” the gloves because they were short of gloves so I bought a box…

… from Your Child Is Sick: Welcome To Barbados Queen Elizabeth Hospital

The government finds plenty of money on this island to look after the “sexy” causes and the showy “look wat we do for you!” press announcements where all the politicians stand around looking like the people just can’t live without them – but when it comes to needles for children who need dialysis, gloves for the nurses or radios, treatment for cancer patients and hoses for the firefighters, well, “We short a money. It’s the world economy, doan ya know!”

Did you hear the one about the QEH patients being issued brass bells? You just have to shake your head…

31 responses to “Has it come to this in Barbados? Dialysis patients turned away due to shortage of needles, gloves, standard supplies”