Clico On Life Support – Will Barbados Prime Minister Thompson Favour His Patron Leroy Parris, Or The People Of Barbados? 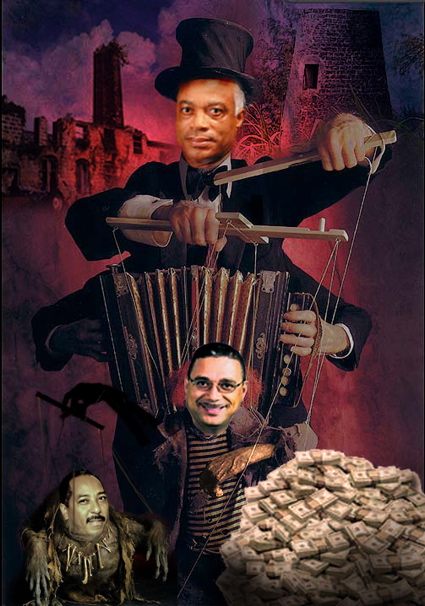 Corporate Beggar CLICO Says It Is Payback Time For All The Free BizJet Rides!

The government of Trinidad & Tobago is refusing to say how much money it is giving to bail out the CL Financial Group and CLICO, but the estimated liabilities amount to US$16 Billion dollars.

Prime Minister David Thompson of Barbados has yet to make a statement about CLICO’s narrowly averted bankruptcy, but soon (and probably already secretly done) his longtime friend, client and patron Leroy Parris will come asking for addtional concessions from Barbados. That means that CLICO and associated companies will be asking the Prime Minister to give your tax money to a company that has an estimated 100 billion dollars in assets, but has run out of cash.

What Happened To CLICO?

What has happened to CLICO is actually very simple. Let’s say that you bought a number of houses over the years and have rented them out. The rent money comes in and with that cashflow you maintain the houses, pay taxes on them and even buy more houses so at the end of a few decades you own many houses and are very rich.

But then the rent money stops and now you can’t maintain the costs to keep all your houses.

You are in trouble because the people you owe money to are at the doors and you have no money. If you don’t come up with the money, your creditors will petition you into bankruptcy and sell off all your houses at firesale prices.

If you were smart enough to plan for a downturn and not too greedy, you could have sold off a few of your houses beforehand to generate the cash needed to keep the others going, but you didn’t. So now you have to go begging to friends and relatives for help so that you don’t lose all your houses and other assets.

And that, my friends, is exactly what has happened to the CLICO, CL Financial family of companies.

“Here Is A Ten Dollar Gift For You – Now, Can I Borrow A Hundred Million Dollars?”

A few days before the CLICO crisis was announced, newspaper accounts say that CLICO “gave” land for a daycare centre and a school to Barbados – although the Nation article is ambiguous about whether CLICO is giving the land and doing the construction too. Pardon us for being a bit cynical if we point out that this “gift to the people” came only two days before Parrish and company announced that they were the recipients of taxpayer bailouts and guarantees that probably total hundreds of millions if not more.

How much will Barbadian taxpayers eventually be on the hook for? Good luck finding out the truth because the amount of taxpayer money and concessions being given by Trinidad, Barbados and other countries is being kept secret from the taxpayers. 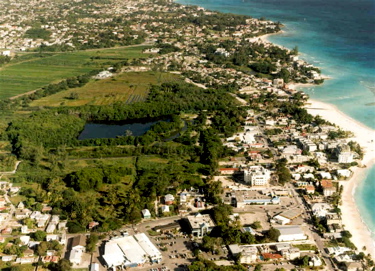 According to more than a few of our sources, CLICO owns about 10 acres of land in the middle of the proposed Graeme Hall National Park. Our sources also say that the government’s refusal to declare a national park at Graeme Hall is partially about pressure from Leroy Parris and CLICO who have big plans to develop the land in the Graeme Hall watershed.

OK, Prime Minister Thompson, here is where you have to choose between your friendship with Mr. Parris and your duty to the people of Barbados.

If CLICO wants our taxpayer dollars either directly or in the form of concessions, then part of the deal should include turning over the ten acres at Graeme Hall for a national park.

Who will you favour? Leroy Parris and CLICO building condos in the Graeme Hall watershed… or saving the area for the long term good of future generations?

Your choice, Prime Minister Thompson – and all the people are watching.

247 responses to “Clico On Life Support – Will Barbados Prime Minister Thompson Favour His Patron Leroy Parris, Or The People Of Barbados?”