How Much Did It Cost Shell Oil To Buy Two Barbados Governments? Without Election Financing Laws, We’ll Never Know 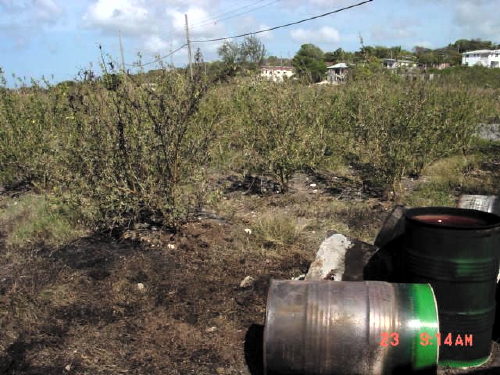 There is no question that Shell Oil bought and paid for two successive Barbados governments. How else can we explain the actions of both the BLP and DLP governments in allowing this negligent and abusive company to walk away free from a major pipeline leak that polluted the water table over hundreds of acres, ruined agricultural land and still threatens our beaches?

For the last fifteen years, since 1994,  Shell Oil has been avoiding responsibility for a pipeline leak that spilled at least a half a million gallons of jet fuel into the water table. This jet fuel has not gone away and even last year water wells within a few hundred feet of a beach were still filled with almost pure kerosene jet fuel. Shell Oil’s response has been to offer Barbados farmers less than one hour of Shell’s profits. Barbados farmers were offered US$2 million in total to be spread among the victims. Shell makes approximately US$3 million per hour.

Both the BLP Government of Owen Arthur and Mia Motley and the current DLP government of David Thompson have failed to hold Shell Oil accountable. Besides the farmers who lost the use and value of their lands, there has been vast amounts of damage to Barbados as a country and our beaches are still at risk from the pipeline spill. But neither the DLP nor the BLP governments implemented any laws that would penalise polluters and make them pay to clean up their mess.

Neither the DLP nor the BLP government even passed a simple law compelling pipeline owners to make daily measurements and to report any leakage to the government!

Think about that, friends. In the 15 years since half a million gallons of jet fuel polluted wells and agricultural land on the south coast because the criminals at Shell Oil didn’t even realise the leakage was happening, your useless do-nothing governments haven’t even been able to pass a law requiring Shell Oil to monitor for leaks daily and to report leaks to the government.

How Much Money Did Shell Oil Contribute To Barbados Political Parties In The Last 15 Years? 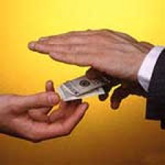 One of the features of our so-called “democracy” is that Barbados has no laws regulating how much money corporations and individuals can contribute to “election campaigns”. We have no laws requiring public disclosure of large amounts of cash. And even when our former Prime Minister Owen Arthur was caught red-handed depositing so-called “election donations” into his personal bank account, David Thompson did not have the courage and integrity to prosecute him. This is because Thompson and his DLP party regularly engage in similar unethical activities with election funds and they don’t want to start that kind of a war with the BLP. Much too dangerous.

For 15 years our governments have allowed Shell oil to get away with environmental rape of our land, our water and our beaches. Is it any wonder that the majority of citizens have so little faith in our elected and appointed government officials?

BFP – Jan 5, 2008 – Shell Oil and the Barbados BLP Government – Together, THIS Is What They Achieved…

BFP – Feb 6, 2007 – Shell 2006 Profits: US$2.9 Million Dollars PER HOUR! – Offers Barbados Farmers Less Than One Hour’s Profits For A Decade Of Pollution And A Deadly Future

17 responses to “How Much Did It Cost Shell Oil To Buy Two Barbados Governments? Without Election Financing Laws, We’ll Never Know”