Witness Intimidation In Barbados: Was Mercedes Van At Home By Accident – Or For A Sinister Reason? 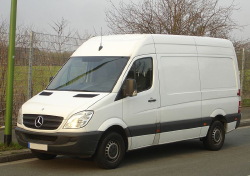 This must and will stop.

“I just received a message from Jane Goddard. It seems that this driver took a wrong turn. I am so surprised that he persevered to the end of the gap.

Cars belonging to important government people have been driving around in the past, but have sped off to avoid identifying the driver.

This driver arrived at a bad time when nerves were frayed.”

Ok, now the witnesses know that this specific driver who came onto their property was simply lost. Those who choose to focus on this one vehicle are happy to dismiss the ongoing pattern of threats made against court witnesses over the last 18 months along with the arsons and confirmation from Member of Parliament Dr. Duguid that one of the computers at the Barbados Legislature was used to make death threats against witnesses in the Kingsland case.

I would refer you to the letters written by Adrian Loveridge and finally published by him when the police engaged in a cover up. Do you believe that Mr. Loveridge is lying?

I would refer you to the written comments of Dr. Duguid on this very blog that there were death threats coming from a computer at Parliament.

I would refer you to the transcripts of a tape recorded conversation between Peter Simmons, the brother of the Chief Justice, where this government diplomat was tape recorded telling another person that unless John Knox stops being a witness in the Kingsland case, he will be fired from the University of the West Indies.

After all that, if you remain unconvinced by public statements by Adrian Loveridge, Dr. Duguid and the tape recording of the brother of the Chief Justice threatening a witness in a court proceeding then there is nothing that will shift your partisan perspective.

Have a read again of what BWWR and “Pat” say a Barbados Underground. Their defenders have to parse the language the way liars do without looking at the overall picture that is clear. BWWR and Pat urge people to stalk witnesses in the same court case.

Protest all you want, the truth is clear to see for those without an agenda.”

We are suffering from a bit of Kingsland fatigue here at Barbados Free Press. We’ve been following the story as best as we can at the Keltruth Blog and at Barbados Underground blog where the respective sides of this long-running dispute typically do battle. Long ago we came out favouring the Keltruth side because we know how things work around here. Not to mention that we also tend to take the side of anyone being threatened with death by Barbados government supporters.

And that last statement might not sound like the Barbados portrayed in the tourist adverts, but if you look closer you’ll find much on this island that isn’t exactly as portrayed in those photos of happy couples running through the surf or cuddling on the beach by candlelight to the melodies of happy Bajans.

Nope. Things are often a whole lot different on this island than the advertisements show.

For the past year and a bit, BLP government supporters have been threatening and harassing witnesses involved in the Kingsland case. The brother of the Chief Justice (Peter Simmons) said that witness John Knox would lose his job as a University of the West Indies professor if he didn’t shut up. Professor Knox filed an affidavit in the case and was promptly fired.

That’s the way it is around here.

Chief Justice David Simmons himself said that unless the charges against him were dropped, he would use his political influence to stop the National Park at Graeme Hall – and it sure looks like the Chief Justice was telling the truth about his power.

Old Mrs. Knox and her daughters have been threatened with rape and murder on the internet. Government critic Adrian Loveridge was targeted by the same thugs who threatened the Knox family. They threatened to murder Loveridge, rape his wife and burn down his hotel.

Subsequent to the threats there were two arsons at Adrian’s hotel and the police didn’t even bother to come to the scene, interview witnesses or look for the arsonist(s). When some of the threats were traced to a computer sometimes used by BLP Member of Parliament Dr. Duguid (who was good enough to confirm the fact publicly), the police decided that FOR SURE they wanted nothing to do with investigating threats to arson, rape and murder that were coming from the Parliament Building of this sovereign country of Barbados.

That’s the way it is around here.

So you can perhaps understand why we are upset and saddened to see that David at Barbados Underground blog has now allowed his venue to be used to deliver further threats to witnesses in the Kingsland case. The author called BWWR (Black Woman Who Reads) has been publishing various Kingsland articles on Barbados Underground and always comes right up to the line – calling Madge Knox crazy and such just like the wording we’ve all seen in the rape and murder threats. This time, however, BWWR is calling for citizens to harass Mrs. Knox and her daughters at their homes and beach home.

Don’t forget, this exhortation to harass the witnesses comes after threats of rape, murder and the firing of the son John Knox from his position at the University.

No matter which side of this Kingsland matter you favour, this threatening, harassment and firing of witnesses by very powerful government elites is the most disgusting event. It has been going on for far too long because of the powerful people involved and the cowardly behaviour of our police.

The Day After Barbados Underground Allowed Coordinated Harassment of Witnesses…

On December 7, 2008, only a day and a bit after Barbados Underground allowed people to use the blog to coordinate harassment of witnesses involved in a current court case, a mysterious Mercedes van arrived at the home of one of the witnesses. As you can imagine, the witnesses are frightened and upset – and they were seeking to know the truth about the person who drove the van onto their property. You can read the full story at the Keltruth Blog.

You can also talk about this at work, at school and at home and invite your family, friends and neighbours to become acquainted with the ongoing threats and harassment by powerful people in the Kingsland court case – and in quite a few other cases that we’ve heard about. (Ronja Juman, Stefan Griffith and a host of others over the years.)

85 responses to “Witness Intimidation In Barbados: Was Mercedes Van At Home By Accident – Or For A Sinister Reason?”