The Legacy Of The BLP Shows Where Their Priorities Were 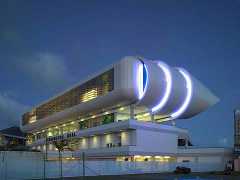 Priority: A Hundred Million Dollars For A Few Weeks Of Cricket 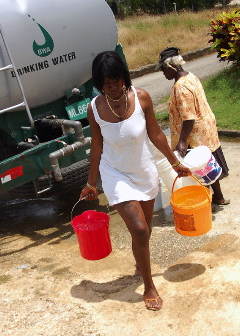 Not A Priority: Roshell Small Hauls Water Like Her Slave Ancestors Before Her

Not A Priority With The BLP: Water, Hospital

After 14 years of BLP stewardship, the current Thompson DLP government inherits a prison built where there is no water, and an ancient, leaking water distribution network.

Priorities. After a decade and a half, all the hype and press releases, it is easy to see where the priorities were with the Arthur/Mottley government.

We at Barbados Free Press will continue to hammer the current DLP government on our core ITAL issues, but sometimes we should step back and consider what a mess David Thompson inherited. Every time Mia Mottley opens her mouth to criticise something concerning the infrastructure of this island, we should see her as slapping herself upside the head.

There are two truths from all this…

1/ The past BLP government was probably the most corrupt and ineffective government this island has ever seen.

2/ If Thompson does not fully implement and embrace ITAL – Integrity, Transparency and Accountability Legislation – his team will soon be too far gone to recover.

Those who have ears, let them hear – because those who have eyes are already seeing the Thompson – DLP government members slip sliding towards corruption.