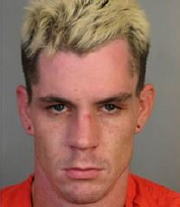 Any candidate for the Presidency of the the United States of America faces threats that range from wackos without the means to serious people who have the resources and don’t care if they get caught or die as long as their mission is completed.

Where do the plotters in Denver come in? The story is still developing.

Maybe the world will eventually know the truth about suspects Tharim Robert Gartrell, Nathan Johnson and Shawn Robert Adolf, or maybe it won’t… but in my opinion Barack Obama is likely to face more credible threats than any other Presidential candidate in the last century.

Here are a few links, but the story is developing rapidly so you should check with other sources to see what is happening…