OTTAWA—When is it okay to ban someone from playing “O Canada” in our nation’s capital? When the clothing they wear might upset Chinese communists.

That’s exactly what happened at the Canadian Tulip Festival in Ottawa on Friday evening.

Having invited the Tian Guo Marching Band to perform “O Canada,” and “The Maple Leaf Forever,” the band was barred from the stage mere minutes before the opening ceremony was to begin.

Band members were told that if they wanted to perform, they had to remove their hats, scarves and jackets that display the words “Falun Dafa.”

However, soon after that the band was informed that their performance was cancelled altogether and the police were called.

The problem? The Chinese embassy had a tent at the festival, and festival organizers were concerned that the presence of the band, which is composed of Falun Gong practitioners, would “upset” embassy officials…

… continue reading this article at The Epoch Times (link here)

Did Barbados Blogs Prevent A Million-Dollar Fraud Against Taxpayers? 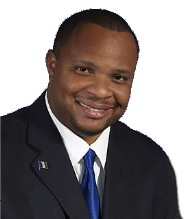 Minister Sinckler Should Fire His Advisors

On February 15, 2008, a group of Africans who had arrived in Barbados via a Ghana International Airlines charter became stranded when their aircraft failed to return for them.

On April 18, 2008, Barbados Minister of Foreign Affairs Christopher Sinckler announced that the cost of chartering an aircraft to fly the stranded Ghanaians and Nigerians back to Africa would be a cool one million US dollars. The high expense, he said, was due to the fact that the “special type of aircraft” required was a rarity and “only a few companies in the world” possessed such aircraft. This outrageous statement was carried in the Nation News article $2M Flight.

Barbados Free Press immediately responded with our article Barbados Foreign Affairs Minister Has Huge Mouth – All The Better To Accommodate His Feet written by BFP’s own Robert – who happens to be a professional pilot (and an AMT – both A&P) with various type-ratings in his logbook including Boeing 727s.

Robert got on the phone and in less than an hour had sourced three jet charter companies willing to take on an urgent Bridgetown to Accra flight for US$500,000 dollars tops – with preliminary estimates dropping to as low as US$315,000 with ten days notice.

We speculated that Minister Sinckler had been the victim of unscrupulous or incompetent civil servants whom he had relied upon to research charter costs and regulations. Even a blind man on a fast horse could see that the one million US dollars cost was outrageous… but apparently neither Minister Sinckler nor the snoozing Barbados media thought to question the civil servants who provided this figure.

Bajans have seen similar government contract scams many times in the past when crooked public officials sign deals that are so over-priced it virtually becomes proof of kickbacks being paid.

When BFP published our story saying that the one million US dollars cost was outrageous, a government official using the name “lighthearted” came onto our website and commented that we didn’t know what we were talking about – that the aircraft had to be ETOPS certified and this was the reason for the one million dollar cost. Our Robert made short work of this crook, but it was interesting that government officials were still pushing this one million dollar figure in the face of realistic estimates obtained by BFP and some of our readers. (You can read “lighthearted’s” comment and our reply here)

We learned yesterday that the cost of the aircraft used to transport the Africans home was US$300,000 – which is pretty much what we said it would be as we were taking all the abuse from government officials and supporters. (Nation News published the actual cost here)

So what happened to the US$ one million dollar cost to charter the “special” aircraft? No “journalist” from the lapdog Barbados media dared to ask Minister Sinckler who the hell gave him that outrageous figure. No one from the media even mentioned the discrepancy. The fact that Minister Sinckler was prepared to spent over triple the real cost – an extra US$700,000 dollars of our hard-earned money – until Barbados Free Press made an issue out of it, is simply a non-story in the Barbados media.

Why did the price of the chartered airliner fall from US$1 million dollars to less than a third of that amount?

Could it be that once Barbados Free Press broke the story and sourced some legitimate estimates, the crooked civil servants were unable to carry through with their plan?

Whatever happened, Chris Sinckler and his fellow government Ministers had better learn their lesson well…

Many senior Barbados civil servants simply cannot be trusted. For years many have been misusing their authority to divert public funds through kickbacks and awarding contracts to companies controlled by themselves, family members and friends.

The previous BLP government, and now the current DLP government, have failed to implement ITAL – Integrity, Transparency and Accountability Legislation. There are no rules against conflicts of interest. There is nothing to prevent a government official from using a family company to source the charter flight and skimming whatever profit they can get away with.

Yes, Minister Sinckler: the civil servant who gave you that US$ 1 million dollar price was either a crook or stupid.

Either way, we hope you learned your lesson.