Many Thanks
Adrian Loveridge

HARARE, Zimbabwe — There are reports from Zimbabwe that President Robert Mugabe’s government raided the offices of the main opposition movement and rounded up foreign journalists — leading to fears he may use intimidation and violence to keep his grip on power.

Witnesses say police raided a hotel used by the opposition Movement for Democratic Change and ransacked some of the rooms.

Riot police also surrounded another hotel housing foreign journalists and took away several of them, according to a man who answered the phone there.

The CBC and The Globe and Mail both have reporters in Harare to cover the election.

But both news organizations told The Canadian Press their reporters were not at the hotel that was raided and are safe.

New York Times correspondent Barry Bearak, 58, and a 45-year-old journalist from Britain, were among four people picked up Thursday by police at a Harare guest house.

“They have both been charged for practising without accreditation but the other two will be released soon after screening,” national police spokesman Wayne Bvudzijena told AFP.

“We have so many other foreign journalists who have followed the laid-down procedures and are practising legally and here we have two people who thought they were a law unto themselves,” Bvudzijena said.

There was no information on the identity of the other two journalists detained. 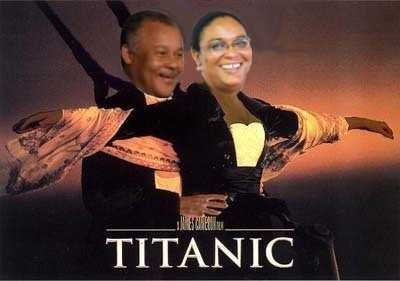 Blast From The Past

Mottley, Castro, Chavez All Agree – Citizen Free-Speech Must Be Stopped

Be Careful Out There!

What Is The Secret?

Things can get a bit rough around the edges of this rock sometimes. Our thanks to an old friend for the photo this morning.

Can anyone guess where this is… and the secret?