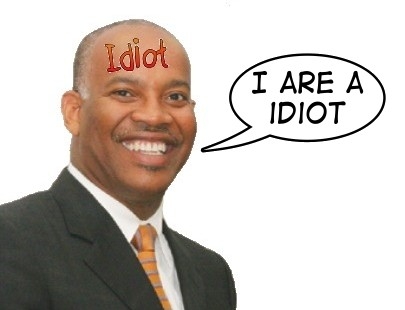 Various apologists for the Queen Elizabeth Hospital have stated that the supply problems with radioactive iodine at the hospital are due to a world-wide shortage, however this is not what is being said by the hospital itself. Here is what the Nation News says..

One family told the SUNDAY SUN that they were told by their doctor that the QEH was unable to pay the suppliers and this had caused the delay. A doctor who spoke to this newspaper on condition of anonymity repeated this charge.

In its statement, however, the QEH neither confirmed nor denied that this was the problem. It said “technical difficulties experienced at the institution recently resulted in a short supply of radioactive iodine from our suppliers. The QEH is pleased to inform that these technicalities have now been resolved”.

In other words, the “short supply” from the suppliers was the RESULT of “technical difficulties” at the hospital. The newspaper article then goes into a typical convoluted explanation that boils down to this: THE SUPPLIER WASN’T PAID.

Further, the “worldwide shortage” of isotopes was a four week event back in November and December – and there was never a cessation of supply. In hindsight, the Canadian suppliers even dispute the word “shortage” as the South Africans immediately stepped in to fill the gap. (reference here and here)

Perhaps the Queen Elizabeth Hospital would care to address this in a more transparent manner instead of the usual double-speak.

Just remember this folks… This is Barbados, so no person is at fault for anything.

Those of us who have lived and worked abroad for even a short time return to this island with a sense of bewilderment at the nonsense that we Bajans put up with from the people who are supposed to be running our government and civil service.

We sit there and take it for years without really questioning the reasons that things are so fouled up – as if we expect things to be no other way.

1/ Cancer patients have been unable to receive radioactive treatment for months at the Queen Elizabeth Hospital because the place didn’t have the money to purchase the needed supplies. Or… because some airplane didn’t come because monkeys were playing with shotguns. Take your pick of the excuses offered by the QEH in the newspaper article here.

Fact: You can put a box on an airplane anywhere in the world and have it delivered the next day to anywhere else in the world. It is done millions of times a day.

So don’t give us some BULLSH*T that folks have been waiting four months for cancer treatment because of some problem with an airplane.

People will probably die needlessly because of this outrage, but the best Barbados can manage is a newspaper article four months after the nonsense started – saying in typical Bajan fashion that no one is really to blame.

Nobody to blame? BULLSH*T! Somebody should fired… and we should start with the Hospital Board of Directors…

2/ Owen Arthur Says Hospital Board Of Directors Should Not Be Fired!

Yes, folks, the former Prime Minister says that the government shouldn’t change how the Queen Elizabeth Hospital is run! Here’s the article here.

Sure, Owen… let’s leave things the way they are. After all, the QEH is just fine… Like Billie Miller said, “De place is so clean you can eat off de floors.”

I am continually amused by members of the Opposition who have the foolishness to stand up and offer advice or criticism to the current DLP Government. A few weeks ago interim co-leader of the Opposition, Mia Mottley, actually criticized Prime Minister Thompson for taking a private jet ride as a gift. Ha! Mia didn’t say it too loudly though because she knows that she and her previous government can’t exactly boast about their integrity.

This is the same Dale Marshall who forgot to pass a law declaring the new prison as an official prison… so the transfer of prisoners to the facility had to be put off for a month! (See BFP’s article: New Prison Can’t Be Used Yet – Because Government Didn’t Pass Required Law)

Further, Barbados still has water problems after 14 years of BLP Government because, according to Mr. Marshall… “…the bald truth is that even now the solutions that have been implemented by the technical officers at the BWA have not been entirely satisfactory.”

Gosh… why didn’t we hear about “the bald truth” when Dale Marshall was a Cabinet Minister in the last government? !!!

But then, Marshall goes on to say that the current government will rely upon the same technical people for engineering and strategies. Yup… the same folks who fouled things up under the BLP. And, according to Marshall, there’s nothing to be done!

What do you think we would have been able to do with a half a billion dollars directed to the vital infrastructure of Barbados, Mr. Marshall? Do you think that would have helped the hospital? The water situation? The cancer victims?

While you were cavorting with the corrupt VECO executives and blowing a hundred million dollars over budget on your prison, old ladies continue to haul water in buckets like their slave ancestors long before them.

Mr. Marshall, Ms. Mottley & Members of the Opposition: You have zero credibility and you know it. SO SIT DOWN AND SHUT UP.