Over a hundred thousand people read Barbados Free Press every month. One would think that a few of our readers would know first hand of a Opera Interactive “lucky number” winner.

The media, the government and Opera Interactive have all said that winners exist and that the names will be published “shortly” (which was months ago).

Okay, let’s see how many winners are known by our BFP readers…

Let’s hear the names of the winners folks!

UPDATED: We just received this letter from Adrian Loveridge to the Fair Trading Commission, which speaks for itself…

Way back in September (2007), I wrote to you about a company registered in Barbados called Opera Interactive (Barbados) Limited, which was eventually identified as the company operating a number of call and text-in premium rate competitions.

You responded by letter dated 14th November 2007 (ref: 3/12/4 (648) stating among other things that you had been given a list of ‘winners’ in the Barbados Lucky Numbers competition and that you had contacted these ‘winners’ by phone and that they were ‘bona fide’.

You also stated that you had instructed Opera Interactive (Barbados) Limited in your words to ‘be more transparent and publicize the winners of its competition in the media’.

On Saturday 1st December the Saturday Sun printed a page three article stating that they were going to print a list of ‘winners’ soon.

Nearly three weeks later, Nation Publishing Company still has not printed a list of ‘winners’ and consumers like myself are left sadly with the view that the Fair Trading Commission is absolutely powerless to ensure its own directives are enforced and implemented. 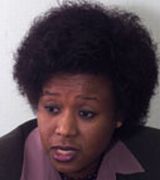 Yet another week rolls by and the Nation still has not printed the list of winners in the Opera Interactive “contest” (read “consumer fraud”). The Fair Trading Commssion says it has the list and has verified they are ‘bona fida’. Why won’t they print the list? Perhaps this is the reason…

Could it be that there were no winners in the original contest and they are now busy making people winners?

It is disgusting that the government, the CBC and the Nation will not address this issue responsibly with the rule of law in mind.

Something is very wrong with our country when multiple institutions like government, television and the print media are each so corrupt that they all stay silent over a consumer fraud because they are profiting from it.

Some leadership from Minister of Consumer Affairs Lynette Eastmond.

I don’t know, but from the overall situation it is evident that our leaders are a bunch of disgusting crooks.

From the Nation News…

TO ALL who enjoy entering the quiz games – please note that the Lucky Numbers competition that appeared in the SATURDAY SUN on December 1, 2007, was published by and is the responsibility of Opera Interactive Barbados Limited.

All prize winners to date will shortly be published in THE NATION newspaper as will all future winners. Thank you for taking part in these competitions and we hope that you will be a lucky winner. (PR)

Nov 13, 2007 – Barbados Underground – Authorities In Barbados Allow Opera Telecom To Piss On Our Rules & Regulations ~ Where Is Minister Lynette Eastmond?

Oct 2, 2007 – Who Is Behind These Controversial Companies?