The Ugly Secret Of Barbados Revealed Worldwide: Rihanna “I Was Bullied At School For Being White” 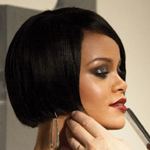 The hidden secret of Barbados has just been splashed all over the world as the most popular music star on the planet says in a new media interview that she was bullied in school for being “white”. (ShowBiz Spy: Rihanna says she was bullied at school – for being ‘white’)

This might be the best thing that ever happened to those of us on this island who have shades of skin that are “not dark enough” – because it will focus world attention on that dirty little Bajan secret that we all live with: a virulent new strain of racism is alive and well in Barbados and it is being nurtured by our own government to serve a partisan agenda.

Racism raises its head in schools, when applying for a government job, when shopping for groceries. And especially in politics.

Racial division is encouraged by a Barbados political elite that regularly dismisses valid criticism on the basis that the opponent’s skin is not dark enough. Bajans with lighter skin colours are often given as a reason for failure – be it personal failure or failure of government projects – much like the Russian Communists would attribute production shortfalls to “wreckers”.

Oh yes, the “whites” and “asians” are the cause of all trouble on this island of mongrels.

Bajans who have never traveled abroad are almost always surprised that persons considered “white” on Barbados are considered “black” in North America or Europe!

Who among us is of “pure” racial stock? We are truly an island of mongrels.

Owen Arthur will be in Nigeria for Christmas to strengthen the ties with Africa – which I agree with. Yet… when the photos are published of a happy Owen and his hosts, look at the skin colours! Owen will be “white” beside the Nigerians. Not to mention our Director of the Commission for Pan African Affairs, Dr. Ikael Tafari, who is about as white a Rastafarian as you are likely to see – (but his heart longs for Africa and I will give him that. Who is to say where a man’s soul will take him?)

Regular readers of BFP know that Marcus and Shona are a mixed-race couple and that Cliverton is very dark. The others are all the shades of the rainbow and, like practically everyone on this island, the staff at BFP are of mixed heritage regardless of skin tone. Whatever our colour, no Bajan is “pure” – but you would never know it by listening to various members of government.

“I take extreme offense at a Caucasian male telling me, as a Minister of Government in modern Barbados, that he is going to threaten to embarrass a national government in this way.” – said by Barbados Government Minister Elizabeth Thompson, of anti-Greenland dump activist Richard Goddard. (BFP story here)

“That today, under Thompson, the DLP’s Afro (Black) support continues to fall while its Anglo (White) support spirals upwards is testimony of the extent to which the political make up of the DLP is changing.” – from the government’s BLP Blog article “Thompson’s Sorry State“ – the message being that if whites are voting for Thompson, Thompson must be bad!

“(Opposition Leader David) Thompson is a white man who believes that any success gained by a black man is by way of corruption and I would warn all blacks from both sides of the political fence not to follow him down this dark path to his own political demise…” – Barbados Labour Party insider RoyalRumble characterizes Opposition Leader David Thompson as “white”… HORRORS! (link here)

Rihanna, We Know Exactly What You Mean

My own grandfather was, in the vast majority of his ways, a good man – and I am sure that God loved him and loves him still in Heaven. But he was of the old ways, and he could not change. When I would walk a certain girl home from school, he would chide me that she was “too dark”.

For my grandfather, the ideal wife would always have lighter skin so the next generation could be lighter still.

I am sorry if the truth of my story of the old way hurts some people inside, but we must all simply be Bajans. It is time for us to lose the old ways, and it is shameful to hear our leaders throwing racial barbs at each other.

Is there not a Leader who will be colour blind and forever say, “We are all Bajan”?