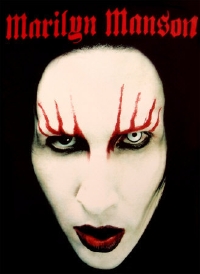 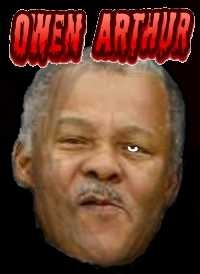 Keltruth Blog Does It Again!

You have to admire those folks at the Keltruth Blog.

They simply take what the BLP has written and discover that the BLP and wacko rocker Marilyn Manson love to quote the same crazy German philosopher!

No hyperbole. No tabloid cartoons like we get into.

New Bajan Website For Video Uploads Is Exciting – BUT…

What a great concept. They have a few technical bugs to work out with .wmv files, but the entire site looks like a very professional effort and we are excited that Bajans are becoming more adept at using the internet to communicate outside of the normal censored media.

We don’t know who owns BajanTube.com as they have deliberately used an anonymous service to register the domain and administer the website.

We have also suspected for some time that at least two of the smaller Barbados blogs were established by the BLP government to gain a window into the very active underground Bajan political blog scene – with the hope that they would be able to one day identify the writers of Barbados Free Press and Barbados Underground.

So just remember, my friends…

Uploading a tourist video on an anonymous Barbados video blog is one thing. Uploading a political video raises many issues in a country like ours where the government rules the media with threats, extortion and legal blackmail.

But for the political satire and reporting… YouTube remains a much safer choice for Bajans.

Filed under Barbados, Freedom Of The Press 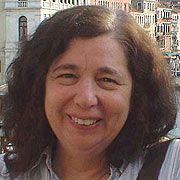 UPDATED: This story was updated after a reader pointed out that the teacher didn’t name the bear, her students did. We see that fundamentalist muslims are now calling for her execution.

The British Government has summonsed the Sudanese ambassador to express its anger at the barbaric laws of Sudan – but the reality is that Westerners and especially women who take up employment in any Muslim country had better remember that the standards of behaviour are brutally enforced throughout that part of the world.

In this case a naive teacher allowed her student to name a class teddy bear after one of their classmates who has the same name as the Prophet of Islam, Mohammed.

You know Mohammed: the guy who had sex with his nine-year old child-wife.

Man having sex with a nine-year-old child wife – OK by Islam.

Woman teacher carelessly allowing the naming of a teddy bear after a 7 year old student – 40 lashes and 6 months jail.

Not living under Islamic law… Priceless!

All the politics and issues we have with the current government aside, we wouldn’t want to live anywhere else. It is interesting that with one exception each of us at BFP has lived for a time off the island and then chose to come home.

From the Telegraph UK…

I first fell under the spell of the enchanting island of Barbados in 1994 and was drawn back at least once every year afterwards.

In 2003 I met Susan, who is Barbadian born and bred. We married here in 2004 and I moved permanently to the island although I commute regularly to the UK to perform my duties as Chief Racing Correspondent for BBC World Service Radio.

Susan is a Real Estate Agent and we both have an extensive network of contacts in Barbados. We will be pleased to assist anyone planning a visit to the island, whether it be for a holiday, wedding or to purchase or rent a property.

Introduction to Barbados: As a journalist and author, I can think of nowhere more perfect to be based than politically stable Barbados.

The scenery is stunning and it is a huge bonus that all our beaches are public.

The open-air lifestyle makes it easy to make new friends and there is an abundance of good restaurants and places to visit.

Barbadians are extremely friendly and there is a huge expat community…

… continue reading this article at the Telegraph UK (link here)