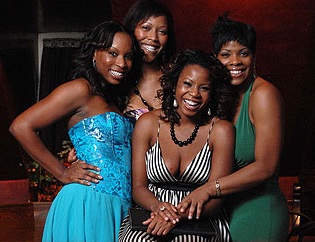 (That’s Renee in the blue dress)

Excerpts from The Toronto Star Online…

Black Pearls was born out of concern that stereotypes and negative images were holding back women of promise.

Rawlins Thomas, a former Miss Barbados and a Toronto high school guidance counsellor, is working on her doctorate in education and is on maternity leave with her second child.

In her spare time, she and the other members of the group meet in coffee shops and each other’s living rooms to plan programs that will help young black women reach for the stars.

Mostly, though, they lead by example, says Rawlins Thomas.

“We say, we’ve done this so you can do this, too,” she says, adding that this year’s $95-a-ticket gala on Dec. 15 in the elegant Arcadian Court will raise funds for post secondary scholarships.

Rawlins Thomas wishes everyone could get a glimpse of the gala crowd – 150 young black men and women decked out in formal duds, a far cry from the ghetto culture of today’s popular music.

“It’s a unique environment. They are young, urban and edgy.”

The group has learned that attitudes and stereotypes are hard to change. Examples of this are the U.S. radio announcer who referred to the Rutgers University women’s basketball team as “nappy-headed hos” and television’s Dog the Bounty Hunter, recently bounced off the air, after being recorded using the “n” word…