Mr. Prime Minister – Do We Have Law Or Not On Barbados? Your Call, Sir…

Now that Bizzy Williams is again saying “Piss on the Law – let developers do what they want“, we thought we’d pin this November 11, 2007 article to the top for a few days.

This background lets you know just how much Bizzy and his pals said “Piss on the law” back in 2007 and before.

Friends, we received the following article from a citizen. David at Barbados Underground also published the same piece. (BU article link here) We think that the happenings at Vaucluse are so important that the issue should be on the front burner for as long as it takes.

Because what is happening at Vaucluse is very much an illustration of what has gone terribly wrong with Barbados.

Either we have law in this country, or we don’t.

And remember: a law that is not enforced is no law at all.

Mr. Prime Minister, do we have law or not on Barbados?

There are just a few things that motivate me to write publicly. When something is wrong, legally and morally, and it affects your community, should one be quiet, or should one place it before the society? When one has a small successful business in a supposedly also successful, happy Caribbean Island is it right to intervene in a community issue? What gives one the right to fight on behalf of community?

People Are Doing A Development At Vaucluse Without Town Planning Approval

For several years now I have led a campaign (quietly in our area) against the establishment of a race track in an area of Vaucluse Plantation, adjacent to Dukes, and close to the villages of Shop Hill, Christie Village, Dukes, Whitehall and Vaucluse. In the beginning it was due to the noise and the antisocial aspects of such a thing being established. A child was killed on the roadways by a truck, unlinked to the track. My family and I were nearly killed by a drunk driver in a line of traffic coming away from an event at the dirt track a couple of years ago. Now, with the mode of its development I observe a dangerous trend in Barbados, one that we should be extremely wary of.

At Christmas 2005 there was a Town Hall Meeting at Lester Vaughan School, where objections were voiced against retention of the dirt track, and further objections were voiced against a drag strip, and expansion, and paving, as proposed by the developer. Subsequently written objections were sent to Town Planning and the Minister. One of those who spoke out against this track being established was the Honourable Cynthia Forde, M.P. for St. Thomas. Ms. Forde has been a friend of those who are against the track, and has spoken out against it whenever we, the residents of the community, have asked.

We mounted a petition, an unfinished petition, in our community and received 300+ signatures, covering half of Shop Hill and Dukes, which were delivered to the Prime Minister and to Town Planning: against establishment of this track, with grounds. Many of us wrote objections, which were never acknowledged, or responded to.

Town Planning has issued both ‘Stop Orders’ and ‘Enforcement Orders’ on this development, but to no effect.

Thus we see a picture of (on one hand residents, Town Planning and the M.P. for the area Cynthia Forde) speaking out against; and on the other hand we see the owners and developers doing a development without Town Planning approval.

Is this OK? Is it legal? Is it morally correct? Should owners be allowed to retain something that has gone against all rules and regulations? Just what kind of people do things this way? 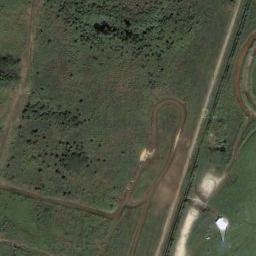 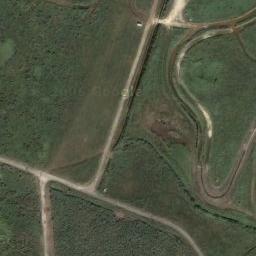 Attached are 4 Google earth pictures from 2006, showing the area of the track in 2006. As you will observe when you open it and magnify, the track at this time was a dirt track.
The track shown was subsequently paved, which you will see in the 2007 Google earth picture in the following link: (Google Map Link Here)

Even More Construction Has Proceeded In Recent Weeks

There has been no approval for any development of this track, and it has been at Town Planning for years as an application. Is it OK for people to develop without permission in Barbados?

During the last 2 years the people making this track have really gone ahead, by paving, and just this last month they have brought in backhoes, bulldozers, rollers and trucks.

They are making real roads on this site.

Yesterday, November 9 2007 I took photos of heavy equipment working at the site, and I took pictures of roads they have made during the past month. From these photos, and looking at the Google Earth images you can PROVE that work is being done, and you can PROVE the time when it was done, and you KNOW that they do not have Town Planning approval. The pictures of the machines working show roads that are NOT ON GOOGLE EARTH- they are brand new!!!

We the residents said ‘No’. Town Planning said, ‘No’. Minister Forde said, ‘No’. The only person left who can say ‘No’ is the Prime Minister. Will they listen to him and stop?

I have lived in Barbados for 40 years, requesting and being granted citizenship in this special island. I have always believed that Barbados, above all countries in the world, was a place where one was safe from victimisation, where one was protected by the upstanding legacy of our heritage. I thought that all were equal in Barbados under the law. Today I ask a simple question: Are we the special place I thought we were, or not?

58 responses to “Mr. Prime Minister – Do We Have Law Or Not On Barbados? Your Call, Sir…”