One Of The VECO Corruption Trials Begins Today – Will New Barbados Information Surface?

A few snippets from the Juneau Empire…

Former state Rep. Tom Anderson, R-Anchorage, goes on trial Monday in Anchorage, in a case which may be linked to the ongoing political corruption investigation involving VECO Corp. executives and other state legislators.

The FBI investigation in Alaska, led by the U.S. Department of Justice’s Office of Public Integrity became publicly known in August of 2006. At that time FBI agents served search warrants on the offices of six members of the Alaska Legislature, though not Anderson, as well as VECO and other offices.

A series of indictments, guilty pleas and legal maneuverings have kept those VECO-related issues in the news for months.

According to documents filed by U.S. attorneys to outline their case, the investigation had been in the works for more than two years before the raids.

The charges against Anderson accuse him of using his position as a legislator, including the chairmanship of the Administrative Regulations Review, to benefit Cornell Companies, a Texas-based firm which operates private prisons.

In Alaska Cornell was seeking state approval to build a private prison and a juvenile psychiatric treatment facility, as well as regulatory changes to help its Alaska operations, which include a string of halfway houses around the state.

Cornell is not accused of any wrongdoing, federal and Cornell officials have previously told the Empire.

Prosecutors said they expect to take a week to present their case.

At the time of the alleged bribery, Anderson, chairman of the Labor and Commerce Committee, was single but known to be romantically involved with McGuire, at the time chairwoman of the House Judiciary Committee…

Also see our first story on the VECO situation…

… or use our search box in the sidebar to search for “VECO” and you will find all our stories on this ongoing scandal.

Before we get to Adrian’s comment, jog our memories for us… didn’t Barbados Minister of Tourism Noel Lynch just promise that airfares were coming down soon?

Oh yes… now I remember. Lynch said that only yesterday…

“(Tourism Minister Lynch) said the local tourism partners met with LIAT on Friday and a drop in prices was expected.” Quoted yesterday, June 24, 2007 – The Nation News

Take it away, Adrian…

What the heck has the taxpayer been doing for years?

$40 million (check if thats BDS$ or US$) from the Barbadian taxpaper alone according to the Prime Minister.

Never mind the 62 employees per aircraft.

My thoughts are not a cent more, Mr Darby, until we see a credible business plan.

Its almost back to a monopoly and we all know from bitter previous experience what that means.

High airfares.
Take it or leave it service.
Delays.

Its over to you Minister Lynch, before you allow Intra Caribbean tourism to become an extinct species!

Prime Minister Owen Arthur… Did You Fill Out The Proper Anti-Money Laundering Form? 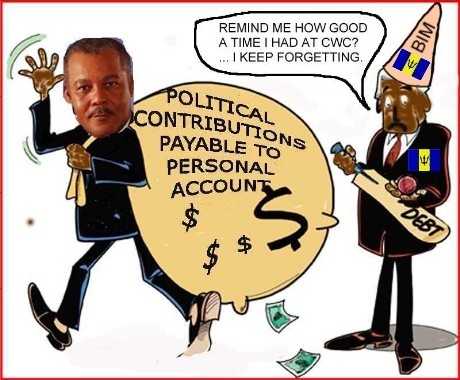 Well Mr. Prime Minister? Did You Fill Out The Form?

Barbados Underground and all of Barbados want to know…

A Question For Barbados Government Minister Reginald Farley – Why All The First Class Flights To Vancouver Canada?

Well, well, well… one never knows who one might bump into in the most unplanned circumstances. Chance, perhaps?

Or as author Richard Bach would say, “Nothing By Chance”.

From a source who is as pretty as she is intelligent, we learn that Barbados Minister of Housing and Lands Reginald Farley has been making more than a few trips to Vancouver, Canada for at least the past three years.

On the way from Barbados to Vancouver, Minister Farley usually spends a day or two in Toronto before moving on to Vancouver – but on the inbound flight he has been known to tough out the entire trip in one go.

All first class, naturally. Wouldn’t do for a Minister of Government to fly in the back – even while on his holidays on “personal” business!

So what “personal” business does Reginald Farley have in Vancouver?

That is a puzzler. He always travels alone – at least when seen by our secret agent, and he is always very polite and friendly to anyone sitting beside him. Just a little while ago Minister Farley was overheard telling his seatmate that he was flying to Vancouver to “relax for a while.”

Vancouver must be a very special place to entice a Minister of the Barbados Government to fly all the way from Bridgetown to “relax for a while.”

More on this story as it develops (We have to buy a few more drinks to get more – that’s the deal) but for now, we will leave you with a few questions…

1/ What infamous corporation currently involved in a political bribery scandal and also working on a government project in Barbados is located in a suburb of Vancouver?

2/ Does Reginald Farley have a bank account in Canada?

3/ Does Reginald Farley have expense receipts for each trip to Vancouver?

Stay tuned folks… because who knows what’s on those FBI VECO tapes!

Jamaican-Born Barrington Irving: First Black Person, And The Youngest Pilot Ever To Fly Solo Around The World 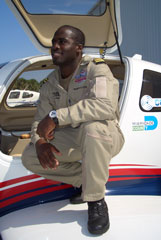 Almost Home To Miami After Flying Around The World Alone

At 23 years old, Barrington Irving is about to become the youngest pilot ever to fly around the world solo. He will also be the first black to do so.

Gotta love this guy because he is almost THE poster child for “I can do anything if I put my mind to it.”

Jamaican-born and then raised in Miami since he was 6 years old, Barrington lives in a neighbourhood where more than 24 young people under the age of 21 were murdered by other kids under 21 in the past year alone.

Robert and now the rest of us have been following Barrington around the world from his website – where you can get an up-to-the-second position for his aircraft thanks to the miracle of satellite communications.

As I am writing this a little after midnight on Monday, June 25, 2007, Barrington is on the ground in Houston, Texas with two more legs left on his journey.

Here is where he has been so far… 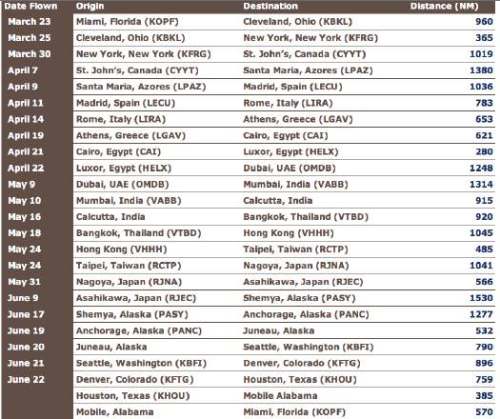 Is There More Than One Lionel Nurse In Barbados?

Canadian Lawsuit Names Lionel Nurse – Is That The Permanent Secretary In The Environment Ministry?

We were surfing the net and came across the following article about the bidding for offshore oil exploration rights in Barbados waters. The name “Lionel Nurse” rang a bell, and yes, that name is on the lawsuit filed against the Prime Minister and so many other prominent bajans. (See BFP’s article Barbados Lawsuit Names Prime Minister Owen Arthur, Chief Justice Simmons And Many Prominent Citizens And Businesses)

Just curious… can anybody tell us if the “Lionel Nurse” named in that lawsuit is the Permanent Secretary in the Ministry of Energy and the Environment.

If half the rumours on the street are true, that lawsuit promises to be most interesting!

Local Environment Must Be Protected

Barbadians can be assured that any company, which successfully bids to look for hydrocarbon reserves in the country’s offshore territorial space, will have sound environmental policies and records, ensuring that the environment is not jeopardised.

That is according to Minister of Energy and the Environment, Elizabeth Thompson, as she delivered the address at the Launch of the Barbados Offshore Licensing Round 2007, at the Sandy Lane Hotel recently. The bid round is set to be complete in January 2008 with the award of bids. The bid submission date is set for November 30th, 2007.

We will also insist on high safety and health standards. Equally, there will be requirements for training of Barbadians and education in sector- specific disciplines. Investing companies must demonstrate seriousness and a commitment to explore the licensed areas and to promote the transfer of skills and technology to our citizens, she added.

She said that the provision of training for locals is of the absolute importance, given the fact that Barbados intends to continue to invest in the development of its people. As such, she said, such training would ensure that Barbadians are competent in what is perhaps the most revenue rich industry in the world, and possess new skill sets, which can earn foreign exchange for the nation.

Delivering the opening remarks, Permanent Secretary in the Ministry of Energy and the Environment, Lionel Nurse, said that if bid round results in commercial benefits, it has the potential to significantly transform the Barbadian economy, landscape and indeed the society. This, he explained, is because as a small island state the marine spaces and resources are much larger than those on land. The comparison, an island with all of 166 square miles, of 431 square kilometres and the present bid round covers an area of approximately 70 000 square kilometres, he noted.

In addition, he said that by the end of July, they hope to have the ratification of the laws, tax and regulations also finalised.

… Read this article at the Barbados Advocate while you still can here.