Gardin Democracy Asks “Where Are Your Barbados’ Pension Contributions Invested?” 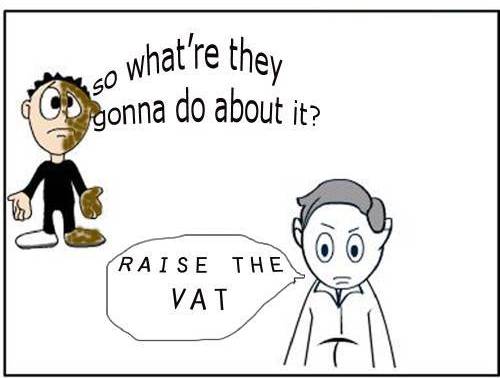 When the government receives your pension contributions, the money is placed in a special pension investment fund that is professionally managed and kept apart from anything else. The funds are never to be used for anything but future pensions, and are never invested in government schemes or projects that are typically overbudget and unprofitable. A good proportion of the funds are invested offshore in stable currencies and markets to protect Bajans from any devaluation of our dollar.

In this way the Barbados Government is securing the future for individual Bajans in their old age.

Because there was never any real separate pension investment fund and never any growth of the pension contributions that the government has been ripping from your paycheque, there won’t be enough money in the future for everyone to have a pension. The “plan” is that future tax revenues will be used to pay you a pension in your old age, but any fool knows there won’t be enough tax revenues to pay the pensions.

Even raising the pensionable age only delays the inevitable.

My Fellow Bajans – What Is Your Guess About What The Government Did With Your Pension Contributions?

The pension contribution monies that have been taken from Bajans for the last 13 years simply don’t exist. The money was spent like any other tax revenues.

The government has “loaned” your money to such government “investments” as Cricket World Cup, new autos for judges, building the new jail and sending Senator Fields to New York City for “conferences”. There has been no growth and everything that you have “invested” has been spent.

In the real world folks who pull that kind of deceitful “scheme” go to jail.

When government does it though – it’s called “management”.

What’s That, You Say? The Government National Insurance Scheme Invests The Money… They Produce Reports!

Well, the last National Insurance Scheme report that is available online is for 2002 and it has wonderful charts with circles and arrows in many colours! And the most telling words in the report are the following…

Read the report children and if you dare, ask where the reports are for 2003, 2004, 2005 and 2006. The government of Barbados has “invested” the vast majority of your pension contributions by loaning out the money… to itself!

Minister Of Tourism Noel Lynch To Speak On Future Of Tourism

How dare you – David Ellis, a black person – ask me, a black person, how I became a millionaire. Now some poor little black boy somewhere is not supposed to have any successes at all…

(Our paraphrase of the insane message communicated by Tourism Minister Noel Lynch when journalist David Ellis dared to ask how it is that the Minister’s personal net worth is so outrageously out of line with his politician’s salary. Click on the photo to hear the recording for yourself or click here for the background story to the recording. Hey… who ya gonna believe… a Minister of Government or your own lyin’ ears?)

Why Would Anyone Still Believe One Word He Says?

We haven’t yet figured out if it is a dramatic tragedy or a comedy show that is being advertised next Wednesday at the Barbados Hilton, but we have a gut feeling that neither David Ellis nor Adrian Loveridge are invited!

Lynch to speak on future of tourism

MINISTER of Tourism Noel Lynch will speak on Future Plans For Tourism/The State Of The Tourist Sector on Wednesday at Hilton Barbados.

His presentation will come during the Barbados Hotel and Tourism Association’s annual general meeting which will also be addressed by Vincent Vanderpool-Wallace, secretary-general of the Caribbean Tourism Organisation.

There will also be a presentation on the Barbados Tourism Awards by Gabrielle Springer, deputy permanent secretary in the Ministry of Tourism and chairperson of the awards committee.

… read the original article at The Nation News (link here)

Oh… wait a minute, we got it all wrong – but you knew that already.

It was Muslim “radicals” who planned to blow fuel lines leading to John F. Kennedy International Airport and murder thousands of ordinary men, women and children. Of course, they say that their interpretation of the Koran and Allah’s wish for them is to kill non-believers and so be blessed.

Will the Muslim spokespersons now say “These guys are not true Muslims. Allah will punish them for murdering” or will they say, “We now fear a backlash.” without clearly denouncing the actions of the terrorists? Or will they say “We don’t believe it. It’s a set-up. No Muslim would ever do that!”

From Our “We Told Ya So!” Department…

The Nation News headline story this morning JFK Plot tells all about the plan to murder thousands of men, women and children whose only crime was to live near the jet-fuel depot and distribution pipelines…

Who Was Going To Terrorise and Murder?

Them. They. Terrorists. Radicals.