Sources: Barbados Police Commissioner Dottin To Get Fat Retirement Package In Exchange For Taking The Fall 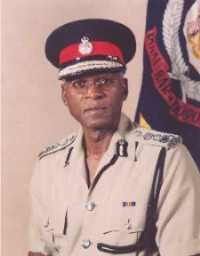 Two separate sources have contacted Barbados Free Press with information on a fast-developing story concerning the Commissioner of the Royal Barbados Police Force. The sources (one anonymous and one known to us) are consistent about the fact that Police Commissioner Dottin will soon be taking an extended leave of absence prior to announcing his retirement in September or so.

Both sources also say that with the many recent police foul-ups (Millennium Heights, Cricket World Cup Searches & QEH Reporter Arrests) it is thought that the public widely views Dottin and the police as highly politicised and incompetent. This is a significant liability for the Prime Minister that must be addressed well before the election.

The Prime Minister and his political advisors believe that if Dottin is replaced well before the coming election the Prime Minister can portray himself as “solving” the problem of incompetent and overbearing police actions through a new Commissioner.

This new Commissioner has already been chosen and is perceived as being apolitical, very outgoing and well liked by all sides. (Note that the emphasis is on changing the leadership “face” of the police but not changing the organization itself. We’re only talking about public perception here, not real change.)

The fall guy of course is the current Commissioner of Police, but again according to both sources Commissioner Dottin will receive a “very fat” & “unbelievable” retirement package to keep him happy and silent.

Both sources say this will happen very soon because the election is expected in November and it will take some months for the word to get out to the public that things have changed.

Here our sources differ on how Commissioner Dottin is taking the news. One source has him morose and angry that he is being cast aside to facilitate an election campaign some years before he wants to retire. This source also says there is some special reason why Commissioner Dottin wants to attend a big police conference in New Orleans this coming October and that something will be spoiled for him if he does not hold his current position at the time of the conference.

The other source says that Dottin is so pleased with his extraordinary retirement package that he is encouraging “the boys” to get on board with the BLP and to assist the party in any way possible during and before the coming election.

What’s the truth about these rumours? Who knows!

The one truth about Barbados is that we are a small island and it is difficult to keep anything secret for very long.

As a supporter of yours and a Barbadian citizen living in Canada I suggest that you postpone your trip to Barbados.

From all the reports that I have read coming out of Barbados, it seems as though the Government there is starting to suppress free speech. Please contact your Ambassador there and let him advise you of the recent terror tactics used against a certain Adrian Loveridge, in order to keep him quiet. I would suggest that you seriously reconsider your trip there as you would not want to be seen as a supporter of this corrupt Government.

Barbados used to be a great country until the present administration took over. I love my former home a lot and really hate to see what is going on there.

You and your family and always in my thoughts and prayers.

For Your Early Morning Listening Pleasure On Number Nine – Mahavishnu Orchestra: You Know You Know 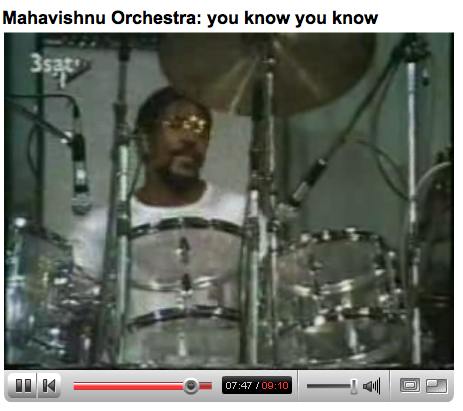 For The Girl With The Pretty Smile!

You were on the Number 9 a few days ago and I overheard you talking with your friend about Barbados Free Press and then about jazz and John McLaughlin’s early works. How retro and how curious that you would be talking about BFP and then McLaughlin on the ZR! So for you with the pretty smile here is a small gift that I found on YouTube. (Check out the “Ohio State” shirt on Billy Cobham)

For the rest of our readers – Cliverton has spam duty today and if I can’t misuse the blog to send a message to a pretty girl once in a while… what’s the use? 😉